Tonnes of pigeon poo from quake-hit church going to landfill

A thick layer of bird droppings that have built up over the last decade from pigeons living in the broken Christ Church Cathedral will end up in landfill instead of being recycled into fertiliser.

Up to two tonnes of pigeon poo has accumulated since the devastating February 2011 earthquake.

Christ Church Cathedral Reinstatement project director Keith Paterson said the pigeons were “a bit of liability” and certainly not their “best friends”.

Few people have entered the building since the quake, but drones gave the reinstatement group an estimate of how much damage the pigeons had caused.

The project team aimed to reuse as much of the building material as possible.

Paterson estimated about half of the material would be reused to finish the reinstated cathedral, but much of the rubble inside would be too damaged.

Christchurch consultancy Soil Matters, which turns waste products from the dairy industry into fertiliser, was approached last year with the idea of potentially recycling the tonnes of pigeon droppings and broken limestone into something useful. 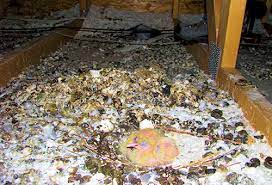 General manager Rik Mulder said his team came up with the idea last June to recycle nutrients including nitrogen, phosphorous and calcium containedin the pigeon droppings and limestone, once they had been tested and deemed safe.

The company had planned to crush the limestone and pigeon droppings to a fine powder and apply it to paddocks in local North Canterbury farms.

But the company learned it would need a resource consent for the crushing process, which the reinstatement group said would be too costly and take too long to obtain.

It led to the decision to dispose the material through “a more conventional solution”, using contractors to take it to landfill.

“I don’t rate the [environmental] sustainability any more highly than I do the cost or the heritage requirements,” Paterson said.

“They’re all just things that are there that we have to process and do in the most economical way.”

Mulder said he understood the reinstatement group had to make a call, but felt the lengthy process of obtaining a resource consent stopped innovative thinking.

“Shutting down” such projects did not encourage people to think sustainably and “outside the box”, he said.

“We are restrained in our efforts to try new things.”

Environment Canterbury (ECan) consent planning manager Aurora Grant said a consent was required because the pigeon droppings and limestone were classified as a contaminant.

Having a consent would allow ECan to understand the “effects of the activity and ensure the proposed activity is done in a way that has environmentally sustainable outcomes”.

Pathways existed to allow innovative and sustainable use of resources and not many were prohibited in the regional plans, she said.

The $153 million cathedral restoration is expected to be finished by mid-2027, earlier than initially proposed. The project, which began in late 2018, was initially expected to be completed in early 2028.

But on Thursday Stuff revealed the Anglicans’ ruling body may have to change its approval terms for the restoration to avoid work stopping in October if more funds cannot be found.

Workers are currently stabilising the cathedral to make it safe enough to work on.

The clean-up process will start with remote controlled machines going into the ruins to start removing bigger pieces of material, expected to start in October.

It will be another six to 12 months before anyone can go inside.

By the end of the stabilisation stage, Paterson said the building would be about 34 per cent of the current seismic building code.