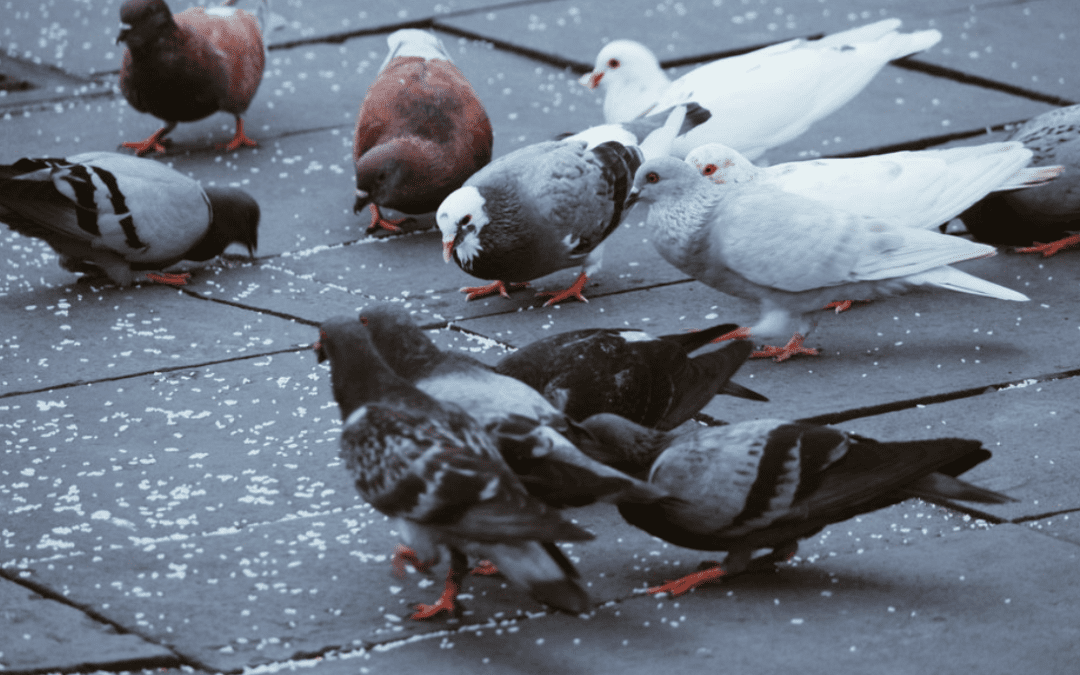 Ever heard of the bird flu? Keep on reading to find out more about what it is!

So what is the bird flu?

The Bird Flu also known as the Avian influenza refers to the disease caused by infection with avian (bird) influenza (flu) Type A viruses. These viruses occur naturally among wild aquatic birds worldwide and can infect domestic poultry and other bird and animal species

When was the bird flu?

The year 2005 has been dubbed ‘the year of bird flu’. Across the globe, the fear of avian influenza has caused government officials to place a higher priority on developing plans to deal with pandemic influenza. A survey published on 23 December 2005 by the World Health Organization (WHO) named avian influenza as the number one health concern. This heightened concern exists despite any evidence suggesting sustained human-to-human transmission of the potentially pandemic H5N1 strain of avian influenza virus. Experts have been closely monitoring occurrences of H5N1 since it first appeared in 1996 in the Chinese province of Guangdong.

The number of confirmed human H5N1 infections doubled in 2005. Of the 142 cases of human H5N1 influenza reported as of 30 December 2005, over half have been fatal. That statistic sparked a media frenzy that H5N1 may develop into the next pandemic strain of influenza. A serological survey published in the Journal of Infectious Disease by Bridges et al. (185, 1005–1010, 2002) showed that although the incidence of human H5N1 infection might be higher than previously thought, the mortality rate might be much lower. Up to 10% of 1,525 asymptomatic poultry workers had antibodies to the H5N1 virus. Most of these human cases are thought to have developed after contact with infected animals. Documented reports suggest that H5N1 can infect many bird species and mammals, in addition to humans. Although more serological studies in affected areas are needed, the 2002 study suggests the virus can infect humans without producing the extreme mortality commonly associated with the H5N1 strain. Yet the fear remains that mutation or reassortment of viral genomic segments with those of other endemic strains of influenza might result in a highly virulent human virus.

The WHO, the US Centers for Disease Control and Prevention and the United Nations Food and Agriculture Organization have established extensive surveillance and reporting programs for H5N1 influenza. The year 2005 witnessed an explosion of H5N1 outbreaks in poultry and migrating wild bird populations in Asia, spreading to Russia and eastern Europe. That dissemination occurred despite massive vaccine inoculation programs for poultry initiated by local governments in Asia and culling of infected bird flocks elsewhere. Although not yet reported, experts have expressed concern over the appearance of H5N1 in Africa, where surveillance and control measures are subject to regional conflicts, thereby heightening the risk that a highly transmissible human form of H5N1 virus might evolve. Thus, a race against time is now on to develop and generate effective human vaccines to prevent H5N1 infection and to produce sufficient amounts of antiviral drugs that might lessen disease severity. Therapies aimed at controlling innate immune responses should also be pursued, given the clinical evidence that H5N1 elicits ‘cytokine storms’ that can contribute to disease pathogenesis.

Is all the news dire? No. In fact, the present threat of pandemic influenza has spurred several encouraging steps. There seems to be greater accountability in disease surveillance by local health authorities, who supply critical field samples to international agencies that constitute the WHO Influenza Surveillance Network. The WHO has established several laboratories dedicated to analyzing new isolates of influenza virus, thereby providing much-needed standardized epidemiological information on viral samples obtained from geographically separate regions and monitoring how the virus is evolving from earlier isolates. Should a pandemic strain of human influenza arise, these laboratories can quickly identify the relevant ‘genomic fingerprint’ and advise vaccine manufacturers.

Another welcome consequence of the focus on avian influenza has been a resurgence of interest in vaccine manufacturing. Because which H5N1 influenza isolate will have the ‘right’ combination of mutations that allows it to spread quickly throughout human populations cannot be predicted in advance, vaccine manufacturers need to develop new means for rapid production of effective vaccines. At present, methods for the production of influenza vaccines require billions of chicken eggs, a resource that might be unavailable given the lethality of the virus in avian species. The use of reverse genetics in vaccine design as well as mass production using vaccine-certified cell lines hold the promise of streamlining production schedules and reducing potential bottlenecks based on the availability of eggs. The WHO and the US National Institutes of Health have several recombinant H5N1 prototype vaccine strains derived by reverse genetics from viral isolates from southeast Asia. Both agencies have provided these clones to licensed manufacturers for the development and testing of vaccines, some of which have already entered clinical trials. Governmental licensing agencies need to expedite their review process for vaccines produced by cell-based manufacturing methods. Sufficient incentives or collaborative partnerships must be extended to vaccine manufacturers to retool their production facilities so they can meet the global demand for viral vaccines.

Yet planning for the possibility of a future pandemic must also be done on the local level. As witnessed by the SARS outbreak in 2003, substantial economic consequences can result from the mere threat of a highly transmissible disease. It is imperative that local governments, businesses and other institutions develop and test contingency plans that can be deployed in their communities should a pandemic strain arise. Such contingency plans should be independent of vaccination programs (vaccination with the present viral formulations should be encouraged) or antiviral prophylaxis for exposed people, as no guarantee can be made that sufficient supplies of such agents would be available. These plans should include infection-control measures, identification of essential personnel and possible alternative work procedures (such as telecommuting), and a means of communication to rapidly disseminate critical information. All community members should be educated on the specifics of their plan and what to do in the event of such a health emergency. Such planning might avoid future revisionists from proclaiming 2006 as the year of bird flu. Source

The virus continued to kill chickens and to occasionally infect and sometimes kill people. But as the years passed, the number of human H5N1 cases subsided. There has not been a single H5N1 human infection detected since February 2017. This is the good news