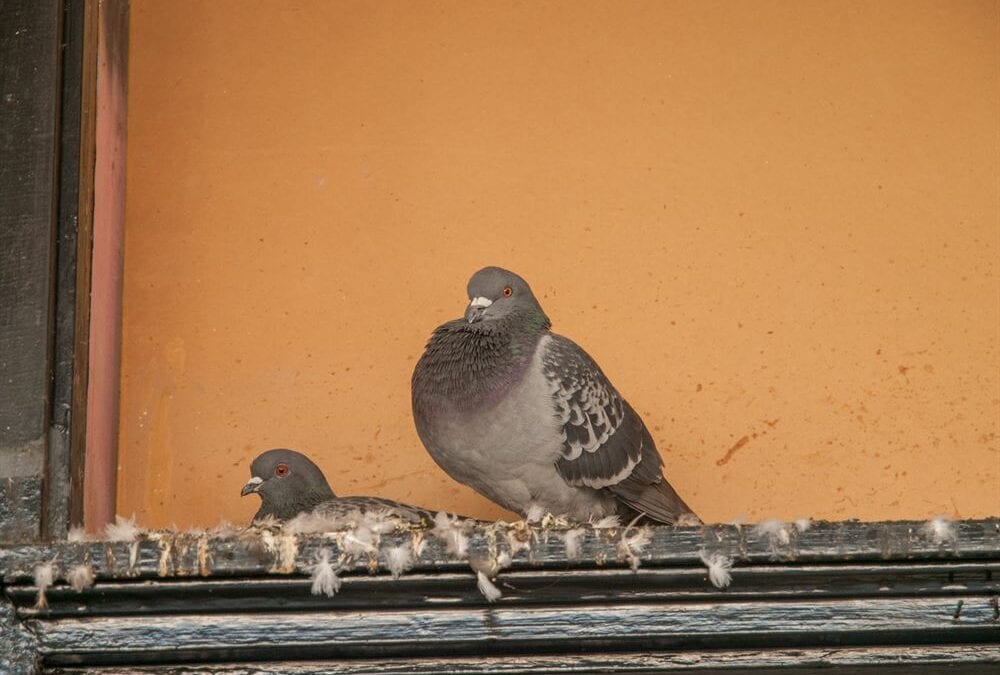 When pigeons live on our buildings and deface it, it is possible to remove the birds by excluding them (netting) from the area, but we don’t need to kill them. You should make it a priority to clean the area’s they have been since pigeons do carry mites and you don’t want the mites going in your building when the pigeons are gone. 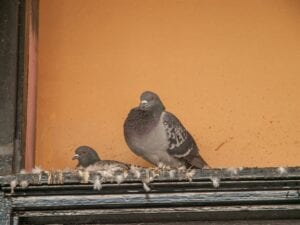 Pigeons are frequently called rats with wings. The term “rats with wings” came from a 1980 play, “Stardust Memories” starring Woody Allen.  Allen used the term in the movie and apparently someone with a vested interest in misleading the public decided to use it in a campaign to drum up business for pigeon control. The facts are just the opposite. Yes, there are some diseases that can be transmitted by pigeons, but no more so than any other bird, including such popular pets as parakeets, canaries, etc.

They do have their attributes. During World War I, pigeons carried thousands of messages that saved many hundreds of lives. In World War II pigeons continued to be used. Radios were frequently not working due to damage or when unfavorable terrain rendered them almost useless. Pigeons continued to fly through enemy fire, and amazingly 95% of them completed their missions. One pigeon in particular, named “Cher Ami” was a World War I Carrier Pigeon, one of 600 birds owned and flown by the U.S. Signal Corps. Cher Ami was originally bred by the British Signal Corps. He was transferred to the Americans after the war on Oct. 27, 1918.

Cher Ami delivered 12 important messages within the American sector at Verdun, France. On his last mission, Cher Ami, shot through the breast by enemy fire, managed to return to his loft. A message capsule was found dangling from the ligaments of one of his legs that had also been shattered by enemy fire. The message he carried was from Major Whittlesey’s “Lost Battalion” of the 77th Infantry Division that had been isolated from other American forces. Just a few hours after the message was received, 194 survivors of the battalion were safe behind American lines. Cher Ami was awarded the French “Croix de Guerre” with Palm for his heroic service between the forts of Verdun. He died in 1919 as a result of his battle wounds. Cher Ami was later inducted into the Racing Pigeon Hall of Fame in 1931 and received a gold medal from the Organized Bodies of American Racing Pigeon Fanciers in recognition of his extraordinary service during World War I.

Pigeons continued their valiant service during World War II and the Korean War. The Dickin Medal for Valor, an award only for animals, was given to 31 pigeons in World War II, more than any other animal. (The next closest animals were dogs, with 8 medals).