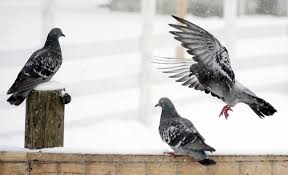 PETA wants Iowa to ban pigeon racing to help prevent the spread of bird flu. But the state says it already has.

People for the Ethical Treatment of Animals said Friday it sent a letter to Bill Northey, Iowa’s secretary of agriculture, calling on him to “take preventative action by immediately suspending pigeon racing in the state.”

“The races — which pit thousands of small birds against the elements and predators — often leave more than 60 percent of the animals lost or dead, and could contribute to an already devastating epidemic when exhausted or lost birds land on contaminated farms in search of food and water,” the group wrote.

Avian influenza has caused about 31.5 million turkeys, chickens and ducks to be killed or destroyed in Iowa. Nationally, the number is about 48.1 million birds.

Scientists believe the virus initially spread by droppings from migratory waterfowl, and there are concerns the virus could return this fall when migrating birds fly south for the winter.

PETA says adding to the numbers with pigeon racing “can only exacerbate the problem.”

But the state says pigeon racing was banned in May along with other poultry activities. A state order prevents any live bird exhibits at county or state fairs or any other gathering as well as the sale of birds at auctions or swap meets.

That order would include pigeon racing, says Dustin Vande Hoef, a spokesman for the Iowa Department of Agriculture.

Full Story of the PETA to ban pigeon racing HERE