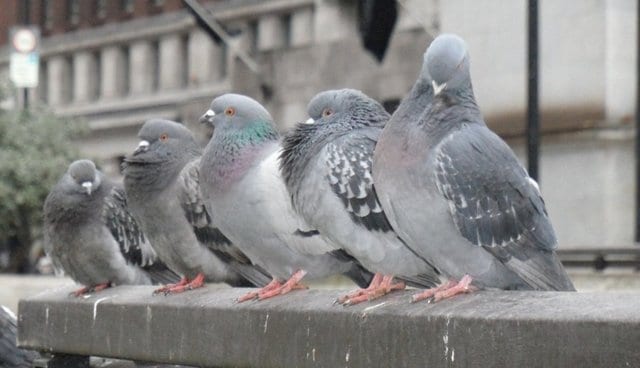 Fancy a pigeon as a pet? They’re about to be legal again in the District of North Vancouver.

District council members voted 5-0 Monday night in favour of new bylaw governing domestic pigeons. It caps off a controversial two-year chapter for council, which originally voted to ban the pet birds in 2019.
Soon after, it came to light that Coun. Betty Forbes had lobbied Couns. Lisa Muri and Megan Curren behind the scenes to introduce the ban after years of complaints about her neighbour’s flock of pet pigeons. 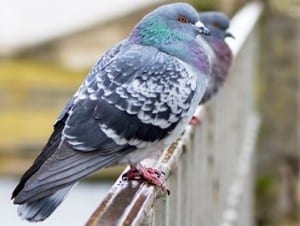 In February 2020, former information and privacy commissioner David Loukidelis released his report into the matter following an independent review. Among other things, he recommended that council shore up their training in ethics and oversight.

Council rescinded the ban last fall and sought to replace it with a modernized version of the district’s original bylaw dating back to 1971. The new bylaw passed Monday night limits the number of backyard squabs to 20 and governs the minimum size and setbacks for their roosts. It also makes enforcement easier for bylaw staff.

Coun. Jordan Back, one of the two council members who opposed the prohibition bylaw, said he was glad to see things largely put back to the way they were.

“This has certainly been a long and very costly process – something that never should have been brought forward in the first place. We were never dealing with a community concern,” he said.

Despite the independent investigation and now abandoned lawsuits, Coun. Mathew Bond said he feels the community is still owed some accountability for the whole “frivolous” process.

“I think that leaving those issues unresolved over the long term is detrimental to the integrity of this council,” he said.

When council held a special meeting on the matter last week, only three members of the community spoke out: two who argued pigeons are a threat to public health and one who said she had no problem’s living next to her own neighbour’s flock.

Mayor Mike Little said his view that pet pigeons are better suited to more rural communities had not changed, but he also found the public health arguments “spurious at best.”

“I think it’s fair to say that this is a pragmatic solution to the problem at hand,” he said.

Similarly, Curren said she has the same perspective on animal rights now as she did when she voted in favour of the prohibition.

“But I am opposed to the process, and I advocated for this bylaw to be brought back to a public process in since Nov. of 2019,” she said, noting that council did “fall short” of the district’s code of ethics. “When we have an opportunity to listen and to learn and to do better, then we need to do that.”

Coun. Jim Hanson, who also originally voted in favour of the ban, said with only two or three known pigeon fanciers in the district, the issue wasn’t worth any more of council’s time.

“If the keeping of pigeons becomes a community issue justifying further involvement, no doubt we will hear about that,” he said.

Muri and Forbes both recused themselves from the discussion and vote.

Pigeon Patrol Products & Services is the leading manufacturer and distributor or bird deterrent (control) products in Canada. Pigeon Patrol products have solved pest bird problems in industrial, commercial, and residential settings since 2000, by using safe and humane bird deterrents with only bird and animal friendly solutions. At Pigeon Patrol, we manufacture and offer a variety of bird deterrents, ranging from Ultra-flex Bird Spikes with UV protection, Bird Netting, 4-S Bird Gel and the best Ultrasonic and audible sound devices on the market today.