Dozens of birds die after pigeon poison left on roof 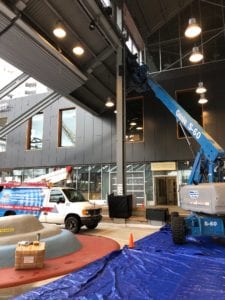 Dozens of birds die after pigeon poison left on roof. Efforts to get rid of nuisance pigeons landing on a Quebec City building might have led to the deaths of dozens of birds over the weekend, officials say.

The remains of about 40 small birds were found scattered on the street, sidewalks and lawns on a side street in the city’s Limoilou neighbourhood Sunday morning.

Residents in the area described it as a scene out of a Hitchcock movie and were concerned the birds were infected with a virus. “Were they infected? Was there something in the air?” asked Danielle McNeil, a local resident, who talked to reporters at the scene. “Is there a risk for us and our animals?”

But public safety officials called to investigate the scene determined the culprit was overzealous pest control.

Officials found a bird feeder on the roof stuffed with the laced corn.

Aminopyridine 4, known as Avitrol, is not usually fatal to birds except at high doses.

The compound causes disorientation and seizures, and bird that ingest it emit a distress signal to others in the flock.

The product, which is legal in Canada, has stirred up controversy among animal rights activists, who say it is a cruel way to control birds.