5 Myths About The Pigeon 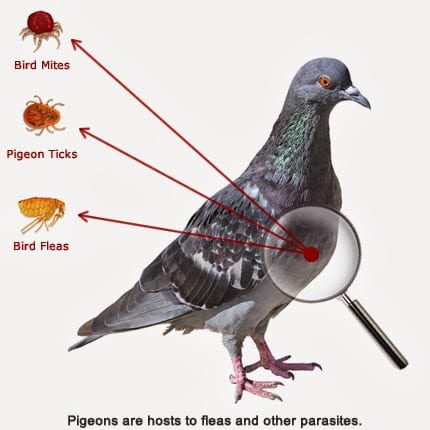 Are There Any Myths About The Pigeon? Yes.

If you want to find out what the myths are about the pigeon, then keep on reading!

1. Pigeons All Look Pretty Much Alike

his is definitely a misconception about these ubiquitous birds. Pigeons are common in so many places around the world that they tend to blend into the scenery. But take a closer look and you’ll see a huge variety of colors and patterns among pigeons. In fact, there are dozens of distinct color variations, including red, white, blue-black and gray, according to the Cornell Laboratory of Ornithology.

Much of the variation in pigeon coloring is due to selective breeding throughout history by people who have collected pigeons for their feathers. This should come as no surprise since these animals have been cohabitating with humans for 5,000 to 10,000 years, often as pets, messengers or human sustenance.

Despite sounding like part of a conspiracy theory, this pigeon myth is actually rooted in a measure of truth. Pigeons have been used by governments and militaries around the globe for centuries, and many pigeon activities have proved quite critical in espionage operations. For example, before the widespread use of satellite imagery, pigeons would be fitted with tiny cameras and flown over enemy territory on information-gathering exercises.

They’ve also been used extensively as messengers — the birds would carry critical notes between military installations even as late as World War II. That being said, it’s extremely unlikely that the pigeons you feed at the local park are working undercover for a foreign government.

3. Pigeons Can Fly Thousands of Miles Per Day

Based on the incredible flying abilities of pigeons, stories about their winged performance have been greatly inflated over the years. For example, pigeons have a remarkable ability to find their way home, but not from halfway around the world — as legend would have it. The truth is still impressive. Pigeons are able to navigate home across hundreds of miles using the sun, the Earth’s magnetic field and landmarks such as tall buildings.

There are also many tall tales about pigeons traveling more than a thousand miles in one day — sometimes many thousands. This is an exaggeration. The truth is that racing pigeons fly between 40 and 50 miles (64 and 80 kilometers) per hour, with the top performers covering a maximum of about 600 miles (966 kilometers) in a single day, according to the Solar Center at Stanford University. So while these stats are remarkable, pigeons are not the superheroes that many mythmakers would have you believe. Source 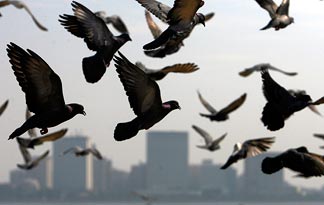 Pigeons can fly far, but not that far. Still, 600 miles in one day is pretty impressive.
4. Pigeons Are Warmongers

There are plenty of references to pigeons in modern society. People can be pigeon-toed or pigeon-holed, or even act as stool pigeons. If you’ve ever wondered why pigeon-themed parlance plays such a central role in human culture, look no further than your local playground or shopping center. These birds are everywhere.

Because pigeons thrive in man-made environments, they’ve become extremely common wherever there are people. In fact, pigeons are abundant in Europe, Asia and Africa, as well as throughout North America. In addition to being the subjects of legend and lore, these creatures are also the focus of a lot of misconceptions. Check out our list of the most common myths about pigeons, and perhaps you’ll learn a thing or two about our familiar feathered friends.

5. Pigeons and Doves Are Divine

Again, this myth is difficult to discuss rationally, but we felt we had to include it in the list since pigeons and doves (same family, different species) appear so often in scripture and the writings of the ancient world. Whether serving as sacrifice in Jewish tradition or as Noah’s messenger on the ark, pigeons and doves play a central role in the lore of the world’s religions.

Pigeons and doves also represent peace, purity, faith and fidelity in numerous cultures around the world. Why the birds hold such a sacred place in human societies is difficult to discern, but pigeons are no more or less likely than other animals to guide us to the hereafter. Pigeons have been associated with a variety of diseases, including histoplasmosis and cryptococcosis. Histoplasmosis is a disease caused by a fungus that grows in pigeon droppings. The fungus can also be found in bat droppings or in the soil, and is carried by the wind. 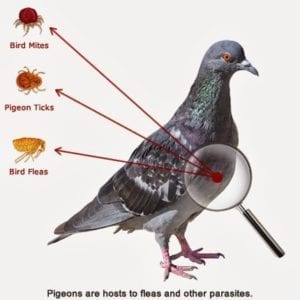