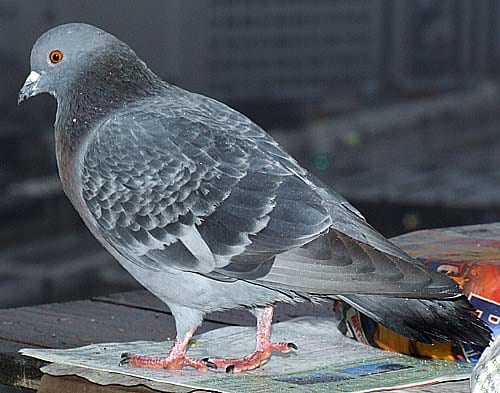 Is your car frequently covered in bird poop? Part of it could be the color your car. A study has revealed red cars attract more bird droppings than any other color. The research, conducted by U.K. car parts retailer Halfords, revealed red vehicles made up 18% of cars marked by birds, while blue followed along in second place at 14%. Green vehicles got off the easiest, making up just 1% of those in the study. The sample included 1,140 cars, though there’s no indication as to the total number of each car color in the group.

During the study, drivers were also asked how quickly they removed droppings from their cars. Only 17% – one in six – said they wiped off deposits immediately when they saw them, 20% said they took action “within a couple of days” while 55% waited until the next car wash. The remaining 8% never washed their cars – or left it to others to clean it off for them.

As well as being unsightly, insurance industry figures show bird droppings on vehicles can be an expensive problem and estimate the damage caused by bird-poop-stained paintwork costs motorists millions per year in unnecessary repairs.

Halfords car cleaning expert David Howells said: “This research does have a serious side because the problem annoys drivers, causes damaged paintwork and affects the value of vehicles. To protect your bodywork from damage, droppings should be carefully cleaned off as soon as possible.”

Theories abound on motoring and social networking websites as to why birds are attracted to pooping on some cars more than others. A Lexus driver reckoned newly polished cars suffer because birds see a reflection of themselves. A Ford Focus owner agreed and said the darker the color the deeper the reflection and the more violent the reaction. An Alfa Romeo owner said it depends where you park and a Mercedes driver said blue was the worst as it reminded birds of water.

Others thought birds saw red as a danger or birds went for similar colors to their own plumage. For example such, at seaside resorts seagulls might aim for white cars, while in cities pigeons may go for grey. The Halfords study found little difference between cities and the seaside in the colors that specific species of birds apparently aim for.

Leading car polish experts at Autoglym said the damage to vehicle paintwork arose not from the acid or alkali in bird feces, but from paint lacquer softening and expanding, causing the paint to mold around the dropping and producing a dull patch. Grainier textures from seed-eating birds produced the most blemishes, so pigeons are worse for motorists than seagulls. Autoglym says that bird dropping damage can only be prevented by owners removing the poop as soon as possible. 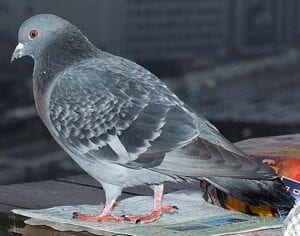 The British Trust for Ornithology was more circumspect on the role of color in the drop zone for birds.

“We do know that birds can be attracted to certain colors during display but it [droppings on cars] is probably more to do with where you park; if you park where birds roost, then you are going to get more droppings on your vehicle,” a spokesman said.

If, or more likely when, you find bird poop on your car, here is a short guide on how to remove it to avoid damage.
1. Remove at the earliest opportunity
2. A moist cloth should be used to gently lift the deposit from the vehicle surface.
3. If the deposit is dry or doesn’t lift easily, place a moist cloth over it for ten minutes to soften the deposit
4. Dispose of any cloth or wipe used to remove bird droppings immediately and carefully wash your hands, as bird lime can harbor diseases