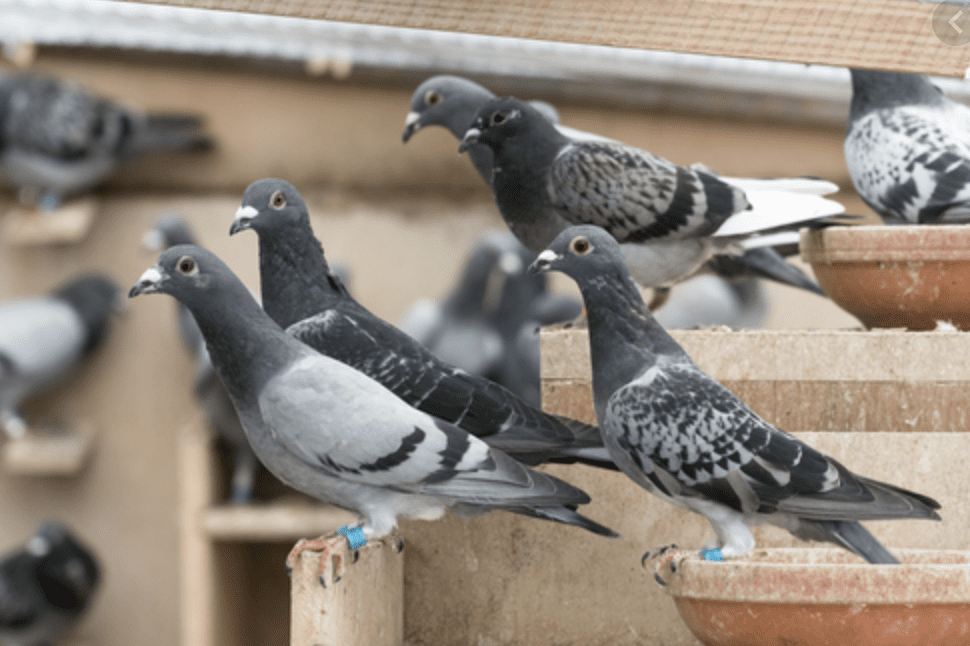 Impatient for winter to be over, we had put on our boots to go seeking signs of spring but had instead found a sign of the previous summer. We must have walked past this thicket a score of times last summer without ever noticing birds around it, but here is a bird’s nest among the branches, at eye level, in plain sight now that winter has stripped away the last of the leaves. 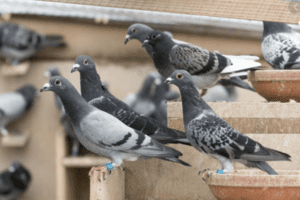 It would be easy enough to pass it by. If we pause to look closely, though, it becomes more intriguing. We may never know what kind of bird built the nest, because there are several species here that might construct this type: an open-cup shape lashed into a three-way fork in an upright twig. But it inspires a sense of wonder beyond mere questions about identification. Somehow a small bird knew how to gather the myriad materials for this structure. Somehow this bird arranged scores of small pieces of twig and grass and weed and bark, weaving them together with such precision that the nest is still sturdy and secure after being exposed to the winter’s rain and wind. Considered in the proper light, this little bundle of dried vegetation is really a small miracle.

“My favorite palette is the color of winter decay,” says photographic artist Sharon Beals. It’s 7 a.m. in San Francisco, but she is already on her way out the door to work on her project for the day. Much of her professional photography takes her outside, “wandering a river for hours, looking at bugs, muck, and minnows,” as she says, or photographing native plants or their pollinators. Today, though, she will spend up to 11 hours in a museum, examining birds’ nests and photographing many of them. The results will add to her growing collection of nest portraits—extraordinarily detailed images that have already wowed scientists and artists alike.

Beals became immersed in this subject almost by chance when a friend, knowing her fascination with the subtle minutiae of nature, brought her an abandoned bird nest. Studying it, she knew she had to find a way to capture its intricacy. Using a very high-resolution flatbed scanner, she made images of this nest, and then another, and another.

But problems loomed. For one thing, she says, after turning a nest upside down on the scanner, she might have to spend hours cleaning all the dust that falls from the nests off the images in Photoshop. For another, as she discovered, possessing these nests was illegal.

Beals overcame the first challenge by moving to very high-resolution cameras and by taking multiple exposures, focusing on different planes, then melding the images together. But the second problem was tougher. The laws protecting U.S. birds are far more sweeping than most people imagine. Without special permits, it is illegal for private citizens to possess most species of native birds, or their feathers, or their eggs, or even their abandoned nests. The laws may seem excessive, but they were enacted at a time when our birds were under siege from commercial plume hunters and recreational egg collectors, and they were written to be wide-ranging and inclusive. Rather than give up or break the law, Beals turned to the Museum of Vertebrate Zoology and the California Academy of Sciences, and soon had permission to come in and photograph nests from among the hundreds in the institutions’ specimen collections.

The popular image of natural history museums may be of a handful of stuffed creatures on public display in glass cases, but most keep the majority of their specimens in research collections out of public view. The nests at the California Academy of Sciences were mostly collected decades ago, at a time when relatively little was known about birds’ habits. These specimens provided basic data points then, and they continue to be scientifically valuable today.

For Sharon Beals, they also provided a treasure trove of artistic possibilities. She spent days at the academy, examining and photographing nests. “These first images gave me the satisfaction of seeing the materials on almost a cellular level,” she says. “I loved the quiet, subdued palette, and the shapes created by the form-follows-function art of the nest builders themselves. I loved the amazing variety of content and construction, the way the materials became like line and brushstroke.” When she began printing the images larger than life, on sheets of fine etching paper two feet across, others shared her enthusiasm. Visitors to her studio were fascinated. Almost invariably they became intensely curious. Beals had found a way to make people see the nests, truly see them, as cause for wonder and for endless questions about the birds that built them.

Birds do not live in their nests the way humans live in their houses. A few species, such as some wrens, will use them as shelters to sleep in at night, but they are the exceptions. For the majority, the nest is just a cradle. Built to hold the eggs and the helpless young, it is abandoned once the young birds are old enough to leave. In most cases it is never used again.

There is evidence that some dinosaurs built primitive nests on the ground and even cared for their hatchlings there. Today many creatures besides birds—from wasps to mice to alligators—shelter their young or their eggs in nests that they construct themselves. But for variety of placement and material, and for sheer complexity of design, nothing can compare with birds’ nests. Especially among smaller birds, nests are often remarkable for their inventive use of local materials to provide support, shelter, and camouflage. The nests are tiny marvels of disposable architecture.

The skill to create them comes almost entirely from instinct (although there is evidence that young adult birds, making their first nests, do improve with practice). Studies have shown that at least some birds, hand-raised in captivity, can build a nest typical of their own species without ever having seen one. The instinct to do this must be flexible, because the locations and materials available for nests in the wild vary, but it must be based on a considerable amount of precision as well.

Even a small bird’s relatively simple nest may be composed of several kinds of material used for different purposes. For example, a white-crowned sparrow’s may have coarse twigs at the base, finer twigs and weeds intertwined with rootlets and bark strips to form the open cup, dry leaves in the outer edge, and fine grasses and other soft materials molded into an inner lining. And that’s just a simple number. A more complex nest, such as the long hanging pouch of an American oriole, may involve actual weaving or sophisticated knots tied in long plant fibers, and it may take days of intense effort to build.

Most birds are opportunistic when it comes to building materials, and will readily incorporate manmade items into their nests if they fit basic requirements of size and texture. Paper, string, nails, pieces of wire, and bits of fabric regularly show up in the handiwork of suburban birds. In some areas house finches have become a minor nuisance by dismantling nylon window screens to use the strands for their nests.

In many cases, though, the materials chosen must have specific properties. Studies of nesting European starlings have found that the birds were selecting certain plants, such as wild carrot and yarrow, containing chemicals that would inhibit the growth of mites and other parasites. In eastern North America the great crested flycatcher often adds a piece of shed snakeskin, and the power of suggestion imparted may help deter predators or other intruders. Chipping sparrows often use animal hair (gathered in farmyards, or even plucked from startled pets) for their nest lining. Feathers are also ideal for soft, insulating lining material. Big birds like quail or ducks use their own down feathers for this purpose, but swallows and other small birds prefer feathers dropped by larger birds. A truly extreme example of material gathering is practiced by certain tropical swifts, fast-flying small birds that will actually strike much larger birds in midair to knock feathers loose.

As a very general rule, females are the skilled builders. For many species they do all the construction, including some (such as hummingbirds) for which males abdicate any responsibility for helping with the nest or young. In other cases, the male provides the basic foundation and the female adds the detailed lining. A male marsh wren may build 20 or more “dummy nests” around his territory; the female chooses one, adds lining, and uses it as the actual site for the eggs. The male’s building spree is not wasted effort: The presence of all those decoys may provide some protection for the real one, as predators tire of raiding nests that turn out to be empty.

Some of the most impressive nests are also among the smallest. A hummingbird nest is a wondrous creation of tiny plant fibers, mosses, and spiderwebs, so small that a 50-cent piece would completely cover it. It is as soft as felt but strong, with the spiderwebs making it pliable enough to stretch and expand as the rambunctious young hummers grow and exercise in it. Many hummingbirds will camouflage the outside with bits of lichen. At a distance such an object looks, for all the world, like a natural bump or knob on the branch, thereby deceiving potential predators in the mother bird’s absence.

At the opposite extreme are eagles. A pair of bald eagles may use the same nest for years, adding material to it annually until it becomes huge (an extreme example can reach a depth of 20 feet and a weight exceeding two tons). Such a nest is merely a ramshackle heap of sticks, hardly an admirable piece of avian architecture, but it does have its admirers: House sparrows and other small birds sometimes tuck their own nests into the lower crevices, and great horned owls may commandeer the entire nest, perhaps even driving the eagles from their aerie.

The finest nests are crafted by smaller birds, however, and the majority are never reused, not even by their original builders. It seems all the more remarkable that birds should create these intricate structures for such ephemeral use. It seems ironic, too, that most of us are not legally allowed to possess these nests, even after they have been abandoned. But when we are lucky enough to find them in the wild, or see them revealed in works of photographic art like the ones reproduced here, we cannot avoid holding them and the birds that made them in absolute awe.