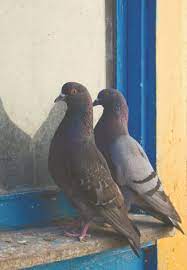 When the leader of a flock goes the wrong way, what will the flock do?

With human beings, nobody can be sure. But with homing pigeons, the answer is that they find their way home anyway.

Either the lead pigeon recognizes that it has no clue and falls back into the flock, letting birds that know where they are going take over, or the flock collectively decides that the direction that it is taking just doesn’t feel right, and it doesn’t follow.

Isobel Watts, a doctoral student in zoology at Oxford, conducted the study with her advisers, Theresa Burt de Perera and Dora Biro, and with the participation of Mate Nagy, a statistical physicist from Hungary, who is affiliated with several institutions, including Oxford and the Hungarian Academy of Sciences.

Dr. Biro, who studies social behavior in primates as well as pigeons, said that the common questions that ran through her work were “about group living and what types of challenges and opportunities it brings.”

She and her colleagues at Oxford have pioneered a method of studying flock behavior that uses very-fine-resolution GPS units, which the birds wear in pigeon-size backpacks.

The devices record a detailed position for each bird a number of times a second. Researchers in Budapest and Oxford developed software to analyze small movements and responses of every bird in a flock.

With this method, the scientists can identify which pigeons are leading the way. They can build a picture of how each bird responds to changes in the flight of other birds.

The consistent leaders were often fast fliers and occupied the first position in the group of flying birds. Other birds followed them.

But what if one day, a leader flew in the wrong direction?

The researchers arranged to feed the leaders misinformation by putting them in lofts with artificial light for a few days. By shifting when the lights went on and off, compared with the actual external schedule of light and dark, the researchers could shift the pigeons’ internal clocks a few hours forward or back.

Pigeons navigate by using the position of the sun and an internal clock, so the change in the clock threw off their sense of direction and they didn’t fly toward home at all.

But the pigeon flock corrected its flight path, and went the right way.

Dr. Biro doesn’t know exactly how they corrected. The followers all had the right information, so they might have collectively said, “this guy’s wrong, let’s not follow him,” Dr. Biro said.

“Or, the leader said, ‘Something’s wrong here,’” and fell back into the flock, “effectively choosing not to lead,” Dr. Biro said, and another pigeon, that knew the time of day, led the way.

Sadly, these kinds of decisions by pigeon flocks offer no reassurance to humans who think political leaders are misinformed or misdirected.

The pigeons don’t communicate directly about where they are flying. The flock changes its flight path because of split-second reactions to position changes by other birds. There’s no decision-making process remotely similar to, say, an election.

But knowledge of how the pigeons work might be useful in creating swarms of small robots for activities like search and rescue. If researchers can reduce the decision-making process of a flock to a few simple rules about who follows whom, and when, those rules might be applied to robot groups.

Then the group of robots might be able to make some of its own decisions, at least about where to go or how to get there.