Did you know Pigeons had a part in many religions? Keep on reading to find out more!

Pigeons in Judaism and Christianity 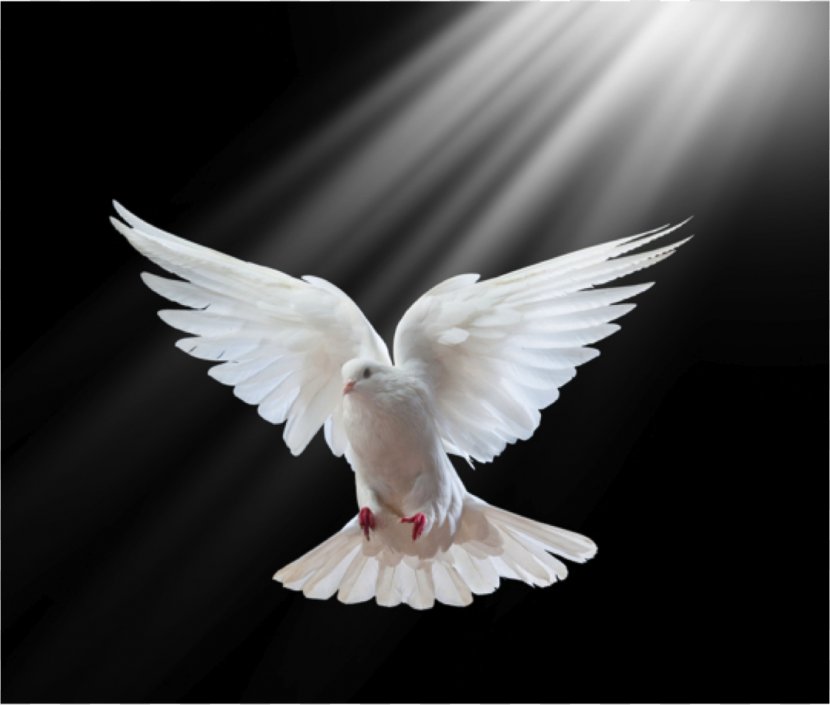 The dove features strongly in both the Old Testament and the New Testament, and references to frequent sacrifices exist in both. There are a number of references to the sacrifice of doves in the Talmud, a series of Jewish texts compiled between AD 250-500. Although the texts were compiled in AD 250-500, they are thought to relate to much earlier periods. The texts not only describe the sacrifices but also how the sacrificial birds should be reared and the correct ways of killing them. The dove is better known for its part in the Old Testament story of the Great Flood, however, when one returned to Noah with an olive branch. As a result, the dove has always been linked with peace and good news and is still released at the start of the Olympic Games today for this reason.

Pigeons and the Romans

Pigeons in religions. The Romans had a great affinity with the pigeon and although they sacrificed the dove to the goddess Venus, and therefore revered the bird, they also bred different varieties and used the pigeon widely as a messenger. Historian and philosopher Caius Pliny, writing in the 1st century AD, says: “Many people have quite a mania for pigeons, building turrets for them on house roofs and tracing the pedigrees of single birds…”. The pigeon is commonly depicted throughout the Roman period but never in more detail than the superb Dove Mosaic discovered during the 18th century at Emperor Hadrian’s Villa. Another detailed mosaic, dating from 200 BC, shows a priest beside a shrine with an adjoining dovecote. The dovecote is detailed with pigeons on the roof and flying above it. This mosaic further confirms the connection between worship and the breeding of pigeons.

Islam has had strong associations with the pigeon throughout history and that association continues today with large flocks being found in the holy city of Mecca, where breeding sites are provided for the birds and where pilgrims to Mecca purchase grain to feed them.

Pigeons Waiting Outside
21st Century Mosque
to be Fed

At the shrine of Mohammed in Medina (western Saudi Arabia) the thousands of pigeons that gather there are commonly referred to as the ‘Prophet’s birds’.

Pigeon racing and fancying is still a popular sport in the Muslim world and the breed of pigeon known as the ‘Arabian Laughter’ is believed to have been introduced by Mohammed and is still bred today. 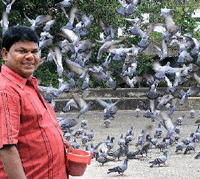 The Hindu religion has also revered the dove throughout history, with the bird being mentioned as far back as 1500-1200 BC in the Rig Veda, an ancient hymn dedicated to the Aryan Deities. There are countless illustrations of the pigeon throughout Hindu history, depicted with various deities. The pigeon is still revered today, with huge flocks of pigeons being fed on a daily basis in temples throughout India, in many towns and cities in the UK and many other European cities. Source

The Sikh religion, founded in the 16th century, considers the dove to be a symbol of peace, harmony and goodwill. Sikhs believe that God’s light is in all creatures including pigeons and other birds. As with the Hindu religion, Sikhs feed pigeons around temples in India and throughout the UK and many European cities today.

The feral pigeon that is directly descended from the domesticated rock dove is now perceived as being a pest and a nuisance in towns and cities throughout the world, and yet the bird is still revered in the 21st century. Hindus, Muslims and Sikhs continue to revere the pigeon and the huge flocks of pigeons that can be seen in and around temples and places of worship confirm this. In towns and cities throughout the UK the continued growth of multi-racial groups has ensured that the feral pigeon is, to some small degree, still a symbol of peace and harmony.