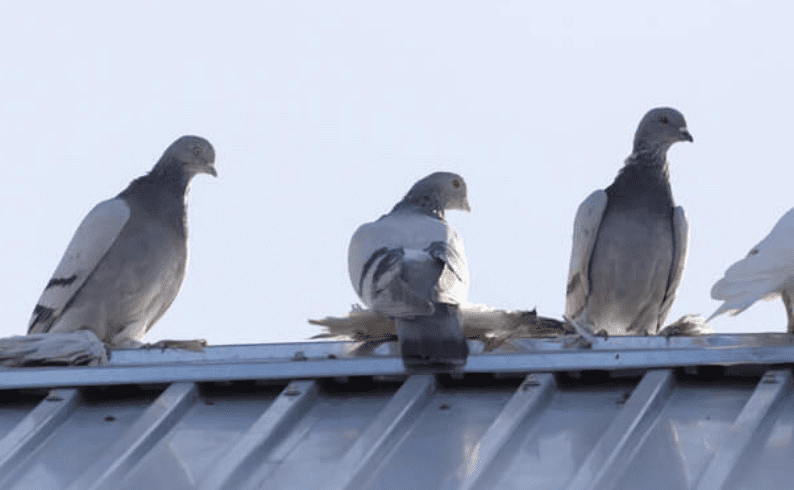 An introduction to pigeon shooting

Managing pigeon numbers through shooting to prevent damage of crops is carried out in different ways at different times of year.

An estimated 5.4million pairs of woodpigeons now live in the UK.

In 2014, the Government looked at the damage done by pigeons to crops and asked farmers to estimate how much it cost them. They estimated a figure of £75 million for woodpigeon damage to oilseed rape crops alone every year.

Brassicas are also great favourites of pigeons. Experts from the Agriculture and Horticulture Development Board estimated losses for farmers growing crops such cabbage, broccoli and kale to pigeons of between £330 and £1,250 per hectare. Cereal crops are also attacked, particularly when they are mature.

Fenland farmer Richard Gilbert said: “Here in the Fens it’s just a waste of time sowing a field with rape if there are any trees or hedges around the perimeter or power lines crossing the field.” 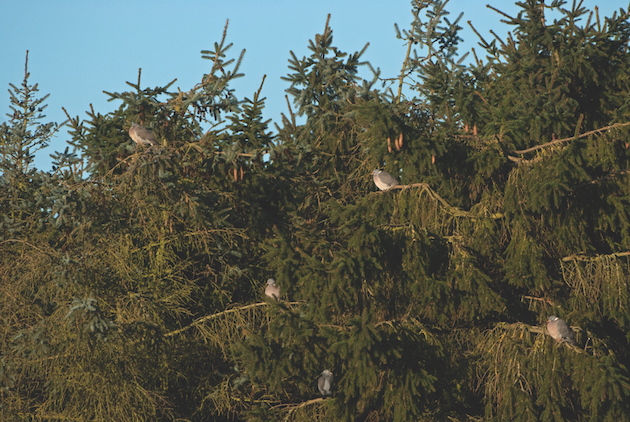 In this form of pigeon shooting the Gun shoots the pigeons as they are returning to the woods where they roost . All it requires is permission from the farmer or landowner, a gun, and cartridges.

The favoured roosting woods for pigeons contain fir trees, surrounded by hardwood trees such as beeches and oaks. The former provides warmth and shelter and the latter can provide food.

In this discipline you are shooting the pigeons as they are going from their roosting position to feed along their chosen flight line, or returning to roost on their way back from feeding.

First of all you need to discover an established pigeon feeding ground. While out of sight, so you don’t disturb any pigeons, watch the birds fly in and out, taking careful note of the lines they are taking. (A pair of binoculars is very helpful here.) Tom Payne advises: “Pigeons are creatures of habit and will follow a line religiously, so to be successful you have got to be close to it or under it.”

Tom Payne: “To decoy pigeons you first have to find their chosen feeding field and then establish how they are getting there. That is your reconnaissance. The fieldcraft part of decoying is putting your hide in the correct place and placing your decoys correctly over their chosen food source.

Pigeon shooters use flappers, magnets and floaters, which are decoys that mimic the behaviour of live pigeons.

Pigeons feed in company. If they spot other pigeons feeding in a field they will come down to investigate the food source, whilst the shooter is obscured out of sight, gun at the ready.

Tom Payne advises: “Being in the right position is the key to being able to decoy pigeons successfully. Being in the wrong position by 40 yards can completely change the way birds react to your decoys. The way I decoy is to represent what I see during my reconnaissance. If birds are feeding in small groups spread apart, I will copy this when I put out my decoys. Birds feed differently on every crop. This is due to the amount and density of food available and the time of year.”

The flightlines of pigeons are not fixed and vary with changes in the wind and food. Pigeons need to adapt to survive, so the lines they follow are never quite the same.

During the winter months birds flock but as they move into the spring and summer months pigeons start to disperse from small groups into singles and pairs.

Decoys tend to work more successfully in the summer months because individual birds or pairs are coming out to feed, rather than flocking. It is easier to shoot individual birds and so harder to decoy during the winter months, when birds are flying together, unless you are shooting in wind conditions which break up the flocks.

What crops to shoot pigeons over and when

Oilseed winter rape, depending on its level of growth, will attract considerable pigeon attention. As you move into the spring months failed or backward rape will attract attention.

In February and March frosted crops such as cabbages, cauliflower and sprouts will attract their attention, as well as early spring clover.

In spring, the pigeon shooter will be focused on controlling pigeons from spring drillings to protect newly sown crops. The experienced shooter will know when the fields are being drilled from conversations with the farmer and will give the pigeons a few days to discover the new drilllings.

By April late spring drillings and peas can bring decent bags. Come June the pigeon shooter will be watching fields of peas or seeds.

Laid cereal crops will attract the attention of pigeons in July.

During harvest time pigeons can be found on almost any harvested crops. During hot weather they may well be discovered on remote drinking areas.

Your geographic location will also dictate when you are most likely to be successful on certain crops. Tom Payne advises: “Certain crops change depending on the weather that year. You could be shooting barley in early June. Follow the agricultural calendar and remember that the harvest is different in Cornwall from Scotland, the south could be a month ahead of the north. Always talk to a local about the conditions.”

How to get a pigeon shooting permission

Your local farmer or landowner will need to have confidence in the person asking for a permission so take the time to get to know them. They aren’t going to let anybody shoot their land unless they trust them. Shooting Times contributor Simon Garnham writes: “If you never ask, you’ll never know…. If the rape is being hammered by pigeons you may be the answer to a food producer’s prayer.”

Tom Payne says that the best time of year to ask for a permission is in the winter, particularly when pigeons are after winter rape. A farmer may be more receptive then as he wants his newly sown crops protected in the coming months.

When you speak to the farmer dress appropriately and don’t wear camouflage. You want to look approachable. It’s always worth writing a letter giving your experience and how you will go about pigeon shooting.

All aspects of the new general licence reviews should be followed and any possible changes adhered to.

Guns and ammunition for pigeon shooting

Use any gun in which you have confidence and which is a good fit. It could be an over-under, side-by-side or semi-automatic. Tom Payne’s favourite cartridge for pigeon shooting is a Hull High Pheasant Extreme 32g No 5 because “they are smooth and hard hitting”.

Shooting Times recently tested steel shot against lead shot for pigeon shooting and discovered that steel performs as well as lead. The shot penetrates deeper because it travels faster, passing straight through the bird rather than remaining within the carcass.