Guide To Type Of Birds 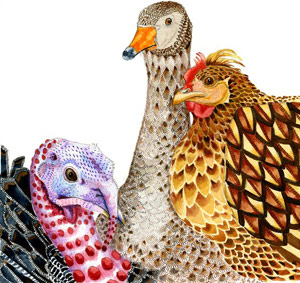 Guide To Type Of Birds: Maybe it’s due to the fact that birds were a central component of my household for many years (parakeets), but birds are often on my mind. Everyone romanticizes birds because of their ability to fly. Yes, flight is awesome, that’s why we invented the airplane. Bats and bugs fly, but rarely are those animals included on anyone’s list of “animals I’d like to be.” Oh, I wish I were a bird, then I could fly anywhere and be with other birds to peck at millet or something. I’m really happy I’m not a bird. If you were a bird then flying would be normal, and you wouldn’t understand that you were flying because you’d be a stupid bird. The only thing you would think about is probably some form of seed or worm, and its proximity to your beak. The rest of your time would be spent squawking, tweeting, or cawing for extended periods of time about nothing in particular.

Crows are apparently some of the “smartest” birds, which is like being the “most athletic” cripple.This is not meant as an assault on birds; anything but. I’m just laying out the facts as I see them. I love birds. Birds are hilarious. One of my fondest memories of visiting Spain was when I hit this pigeon with a rolled-up newspaper in a courtyard. It was awesome for some reason. Hitting any other animal with a rolled-up newspaper would be much less funny (including a human), but birds have that bit of comedic magic that puts their reactions above and beyond. If you haven’t laughed at a bird before, maybe you should look a little closer. If you still don’t think birds are Earth’s comedic gift to us (along with many other things; Jewish comedy writers mostly), then you should reexamine your sense of humor.

Let’s face it, birds are really stupid. Chickens, turkeys, and ducks are especially stupid for allowing themselves to be bred and murdered by the millions every day, but let us not excuse the less-notably stupid, but still fascinatingly dumb members of the bird kingdom. I think I could break down all groups of birds into a few distinct categories, and this will be the new biologist’s guide to understanding and analyzing birds and their behavior, and general stupidity and ridiculousness.

These birds are really stupid and extremely funny. One time we put a live chicken in my friend’s room while he was out, and he came back in and freaked out. Just the mere presence of a chicken demands a mirthful response. Look at the greatest comedy props of all time: the whoopie cushion and the rubber chicken. They both appeal to the most primal of human comedic needs. The whoopie cushion is great because it makes a farting sound, and the rubber chicken is great because it looks like a chicken and that’s just funny. Eating chicken is awesome too, and they also lay eggs which I eat a ton of. These two points are not funny, but should be noted to access the chicken’s overall value to human society.

All ducks look partly confused but generally in the moment and satisfied. Ducks seem to need human names like Roger, Stanley, and Ralph. The “quack” is also a very underrated bird noise. In my opinion it sits just above a goose “honk,” and right below a crow’s “caw” on the bird noise hierarchy. Famous ducks include Donald, Daffy, and the Aflac duck.

Turkeys are funny because they are so awkward. I know turkeys in factory farms are pretty messed up, so to appreciate good turkey humor you have to see wild turkeys. They’re kind of scary but at the same time, whatever, they’re stupid turkeys. In English, the word “turkey” is used to describe someone of questionable intelligence and above-average awkwardness. Benjamin Franklin wanted to make this our national bird instead of the bald eagle—one of the many reasons I don’t really like Benjamin Franklin.

Group #2: Birds that hang out near people and annoy them.

These are perhaps the funniest birds because they’re so annoying and stupid. What’s better than watching a seagull or pigeon swoop in out of nowhere and steal French fries from beachgoers and random middle-aged people? Pigeons are everywhere around the world and they bob their heads when they walk. This is pretty funny. How did pigeons get to so many different places? I think maybe world leaders back in the day got together and had a summit about bringing more generic comedy into cities worldwide. Unanimously they agreed that these stupid birds could bring cultures together better than anything else.

Crows are apparently some of the “smartest” birds, which is like being the “most athletic” cripple. I’d rather be a stupid human than a “smart” bird. Have you ever heard one of those obnoxious crows that just keeps on cawing, and eventually it becomes some bastardized version of the original caw? It starts as your formal CAW CAW before descending into RAW WAW AWWWWWWW. I still remember waking up to the stupidest cawing I’ve ever heard back in eighth grade. Crows are really funny.

Seagulls always steal stuff from people, but it’s fun to throw bottles at them. I love when people get angry at you for hitting a seagull with something when you’re at the beach. People defend seagulls so much until they’re actually robbed by one of these ridiculous creatures. Now there’s a cause to really get behind, save the seagulls. 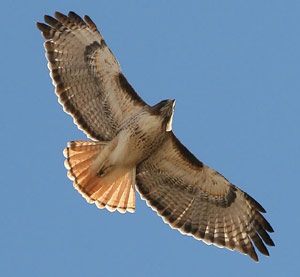 In my opinion, this is the only group of birds that I can consider “badass.” I know there are obvious outliers like certain carnivorous birds in Australia or something, but I really don’t care. I love seeing these birds kill stuff on nature shows, and if I had to make any bird really big so I could saddle it and ride it, it would probably be an eagle. Eagles are the symbol of America, and that’s pretty cool.

Owls are really wise for birds. I know this because they somehow convinced all fourth graders that it was reasonable to dissect their puke for science class. 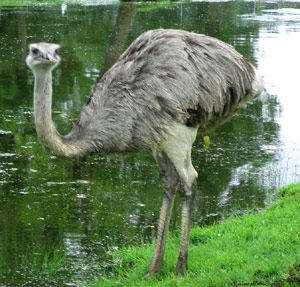 These birds taste better than those in Group 1, but people don’t give them enough credit for that. I’ve never tasted penguin, but I suppose it may be a bit fishy. Either way, ostrich is delicious. These birds could probably mess some stuff up if you left them alone in your apartment. They would probably walk around scratching and pecking at stuff with their awkward bodies until everything broke. I think that’s inconsiderate, but big, dumb, flightless birds don’t know any better.

This group is synonymous with stupidity. Dodo’s were big, dumb flightless birds that eventually became too stupid to live on the island of Mauritius and subsequently rendered themselves extinct. I’ve met a bunch of emus, and each one was really unintelligent. They can barely hold a conversation, let alone begin to write an essay or solve a math problem. Purely idiotic creatures.

Penguins get a lot of credit for mating and living where it’s cold. They’re also acknowledged for sort of looking like they are wearing tuxedos. I would like to see a penguin actually wearing a tuxedo tailored to its proportions. It would have such a difficult time doing anything penguiny, and that would be comedy gold.

Group #5: Pet birds that may be able to talk. 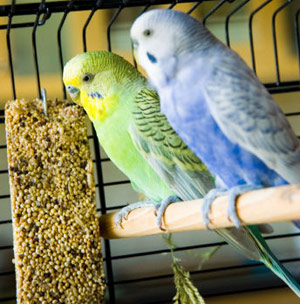 I’ve had a lot of experience with these types of birds. I lived with a number of parakeets for many years. They like to squawk and annoy people who aren’t used to them. They can also smell fear like dogs, and will pester those that find them most repellent.

Parrots have tricked a lot of people into thinking they’re smart because they can speak some English. I don’t buy into the parrot hype. They kind of creep me out. If I wanted to hear words over and over again, I would just say those words over and over. Or, in the true nature of parrots, I would just record my voice and whenever I needed a little dose of language, I would just play the recording. Everyone I know speaks better human language than parrots (this may be because I don’t personally know any infants right now), so maybe stop giving them so much credit and they won’t cost $1,500 at Petco.

Group #6: Birds that people like to see and know the names of, but are generally useless otherwise. 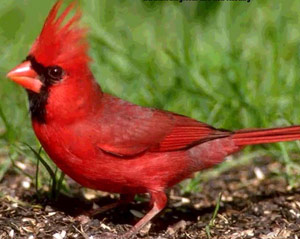 These birds are cool because they can make anyone sound like a birdologist at any given moment. “Ooh, look at that cardinal! You know it’s a male because it’s bright red; the females are less brightly colored.” This is a great way to sound smart by regurgitating well-known knowledge as if it were the result of years of consistent bird-study. Robins are good because it’s my mother’s name, as well as the name of Batman’s gayboy sidekick. They also mean spring is here, or something. 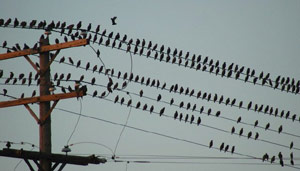 Group #7: All the little black birds that hang out on power lines and no one really cares about.

Examples: Those little black birds that hang out on power lines that I don’t know the names of.

Sometimes a bunch of these things will fly all at once off of a power line. It makes you feel like you’re in a movie where something really epic and scary is about to happen. No large group of birds is better at being ominous and setting the stage for something badass. Other than that, these birds are pretty useless.

Yeah, it gets its own category for some reason. 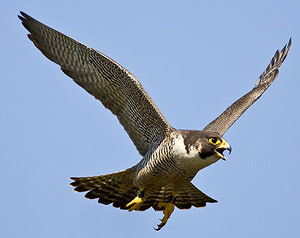 This bird is “the fastest animal in the world,” though here’s another bird fallacy I don’t buy into. Barring humans (the actual fastest animal in the world; we have planes and rocket ships, those are way faster than falcons), I still give the “fastest” card to the cheetah. Peregrine falcons are just sort of plummeting when people test their speed. It’s not like this thing is flapping its way to the record, it’s just falling and flapping simultaneously. Just because it can control itself while falling doesn’t mean it deserves the title. Still, this bird is badass for killing doves in midair and having a really intense and dramatic stare.

So there you have it: the 8 distinct  type of birds, meticulously categorized and analyzed for the scientific community. I hope you feel a newfound respect for these hilarious, not-at-all mysterious, omnipresent creatures.