Do Sparrow Cause Damage?

House sparrows consume grains in fields and in storage. Localized damage can be considerable since sparrows often feed in large numbers over a small area. Sparrows damage crops by pecking seeds, seedlings, buds, flowers, vegetables, and maturing fruits. They interfere with the production of livestock, particularly poultry, by consuming and contaminating feed.

House sparrow droppings and feathers create janitorial problems, as well as hazardous, unsanitary, and odoriferous situations inside and outside of buildings and sidewalks under roosting areas.

Damage can also be caused by the pecking of rigid foam insulation inside buildings. The bulky, flammable nests of house sparrows are a potential fire hazard. The chattering of the flock on a roost is an annoyance to nearby human residents.

The house sparrow is found in nearly every habitat except dense forests, alpine, and desert environments. Sparrows typically prefer human-altered habitats, particularly farm and grassy areas. It is the most common bird in most urban areas.

House sparrows are primarily granivorous. Plant materials (grain, fruit, seeds, and garden plants) make up 96% of the adult diet. The remainder consists of insects, earthworms, and other animal matter. 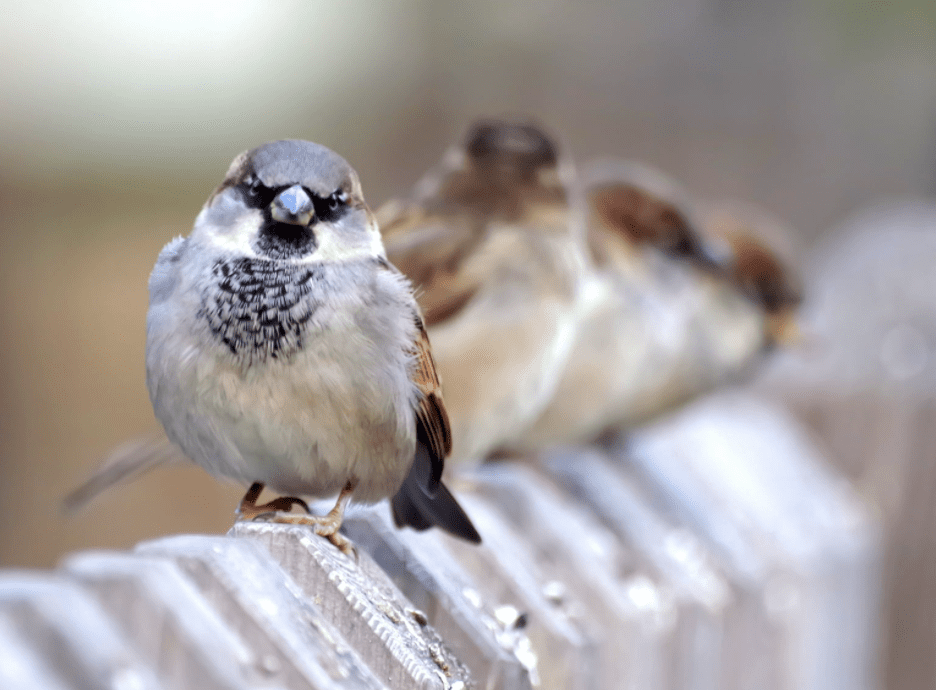