When Pigeons Flock, Who’s in Command? 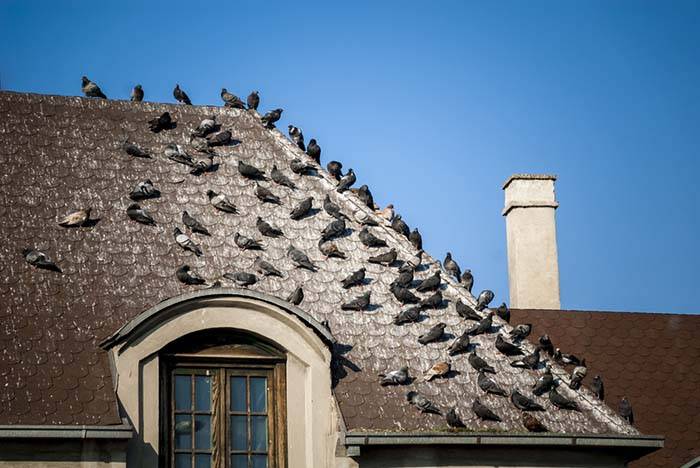 That flock of pigeons flying overhead may look like a chaotic cloud of birds, but it’s more like an airborne hierarchy. By strapping tiny global positioning system (GPS) backpacks onto the birds, researchers have found that a flock follows several leaders at any given time in flight. But the flock’s leadership can change so that even low-ranking birds sometimes get a chance to command. The findings could shed light on how other groups of animals behave en masse, such as herds of wildebeest, schools of fish, and even crowds of humans.

Flocks of birds are one of the most common sights in everyday life, but many aspects of the animals’ behavior remain poorly understood. Why, for example, do flocks suddenly change directions and then change directions again within a few seconds? Why do birds in flight suddenly stop to rest on a certain stretch of telephone wire? And lacking any threat or sudden disturbance, why do flocks on the ground spontaneously take to the air? 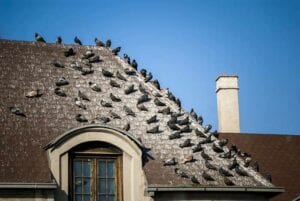 To find some of the answers, researchers exploited a bit of 21st century technology. A team lead by statistical physicist Tamás Vicsek of Eötvös University in Hungary outfitted a trained flock of 13 homing pigeons with tiny GPS receivers that could determine each individual bird’s position every 0.2 seconds. Then they sent as many as 10 members of the flock out on 15 test flights. The journeys included four flights of about 15 kilometers back to the birds’ roost and 11 flights roaming freely around their home base outside Budapest. The researchers tracked each bird’s directional changes and how often those changes either followed or were copied by its flockmates.

In today’s issue of Nature, the team reports that the flight patterns showed a definite hierarchy, with most or all of the birds consistently copying changes in direction by the flock’s leaders, which almost always flew in front. If, for example, a leading bird suddenly swerved to the right, its followers copied its move within about 0.4 seconds—an amount of time considered too long to be reflexive.

However, the data also revealed that the leaders weren’t always the same, even within a single flight. And sometimes, even the birds at the bottom of the pecking order would lead the flock for brief periods. The arrangement made each flight more egalitarian, but the researchers think the reason might be more evolutionarily than politically driven. It’s possible that this type of group decision-making is more accurate or beneficial than others, says zoologist and co-author Dora Biro of the University of Oxford in the United Kingdom. Perhaps the individuals in the flocks stand a better chance of survival if they sometimes participate in guiding the group rather than constantly submitting to a single leader, she says.

Another curiosity was that the lower-ranking birds most often flew behind and to the right of the leaders. The researchers think this relates to the structure of the birds’ brains, in which the left side handles spatial tasks and the right side governs social recognition. Therefore, anything the birds see with their left eye (which is processed by the right side of the brain) tends to yield a quicker social response.

“The degree of coordination that flocks achieve is really impressive,” Biro says. “We identified a clear hierarchical structure within the decision-making process.” She says the team next plans to study flock members in greater depth, including their genders, ages, navigational experiences, to determine “what airborne leaders are made of.”

The findings could help explain group behavior of other animals, such as schooling fish, says evolutionary biologist Iain Couzin of Princeton University. There’s a “fascinating balance” between democratic and hierarchical control in the pigeon flocks, he says. And this sophisticated study reveals the link between the birds’ brain hemispheres and how they gather information during their flights. It achieves “a deeper understanding of coordinated control in animal groups,” he says.