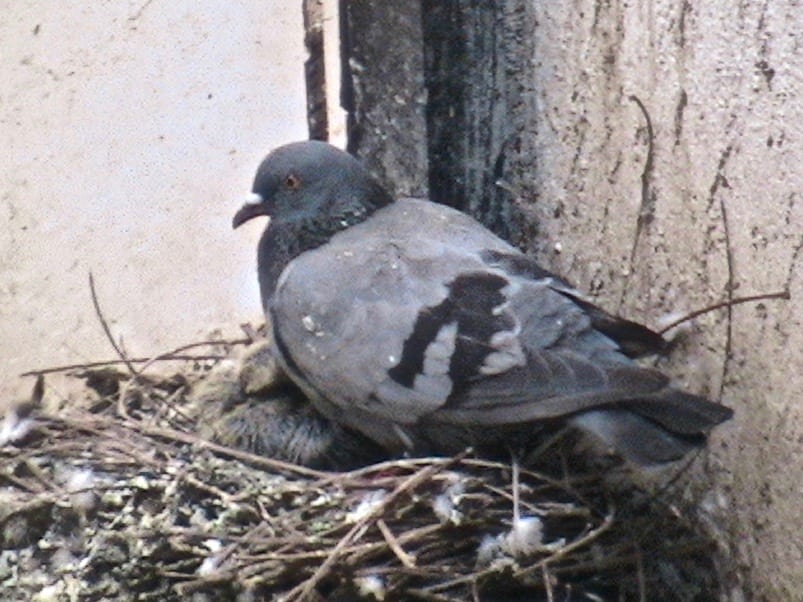 (PhysOrg.com) — Pigeon flocks are guided by a flexible system of leadership in which almost every member gets a ‘vote’ but the votes of high-ranking birds carry more weight, a new study has shown.

Scientists used GPS ‘backpacks’ to record the flight paths of individual pigeons and then analysed interactions between the birds. Their findings could help us understand the collective behaviour of other animals, including humans.

A report of the research, carried out by scientists from Oxford University and Eötvös University, Hungary, is published in this week’s Nature.

‘We are all aware of the amazing aerobatics performed by flocks of birds but how such flocks decide where to go and whether decisions are made by a dominant leader or by the group as a whole has always been a mystery,’ said Dr Dora Biro of Oxford University’s Department of Zoology, an author of the paper. ‘We found that, whilst most birds have a say in decision-making, a flexible system of ‘rank’ ensures that some birds are more likely to lead and others to follow.’ 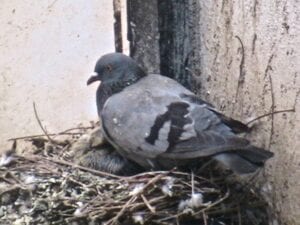 As part of the study, miniature GPS loggers weighing just 16g were fitted into custom-made backpacks carried by flocks of up to 10 homing pigeons. These enabled scientists to, for the first time, explore spatial and temporal relationships between individual birds and the movement decisions they made at the scale of a fraction of a second.

The team measured shifts in the flight direction of each bird every 0.2 seconds and tried to ‘line up’ these changes across different birds in the flock to determine who initiated any given change in direction and who followed (and with what time delay). The research revealed unexpectedly well-defined hierarchies within flocks, with a spectrum of different levels of leadership which in turn determined the influence individuals had on other birds and on the flock as a whole.

‘Crucially, these hierarchies are flexible in the sense that the leading role of any given bird can vary over time, while nonetheless remaining predictable in the long run,’ Dr Biro said. ‘This dynamic, flexible segregation of individuals into leaders and followers – where even the lower-ranking members’ opinions can make a contribution – may represent a particularly efficient form of decision-making.’

‘Whether such effects come from some individuals being more motivated to lead or being inherently better navigators, perhaps with greater navigational knowledge, is an intriguing question we don’t yet have an answer to.’

The team also discovered that a bird’s position in the flock matched its position in the hierarchy, with individuals nearer the front more likely to be responsible for decisions. Additionally, they found that followers responded more quickly to those flying on their left, confirming observations in the laboratory that suggest birds process social information – such as tracking and responding to the movements of other birds – predominantly through input that the brain receives from the left eye.

The researchers believe their findings could help unravel the decision-making process in many other groups of animals. Further studies may reveal how such a sophisticated leadership strategy confers evolutionary advantage on individuals over a strategy based on a single leader or one in which all members contribute equally to decision-making.