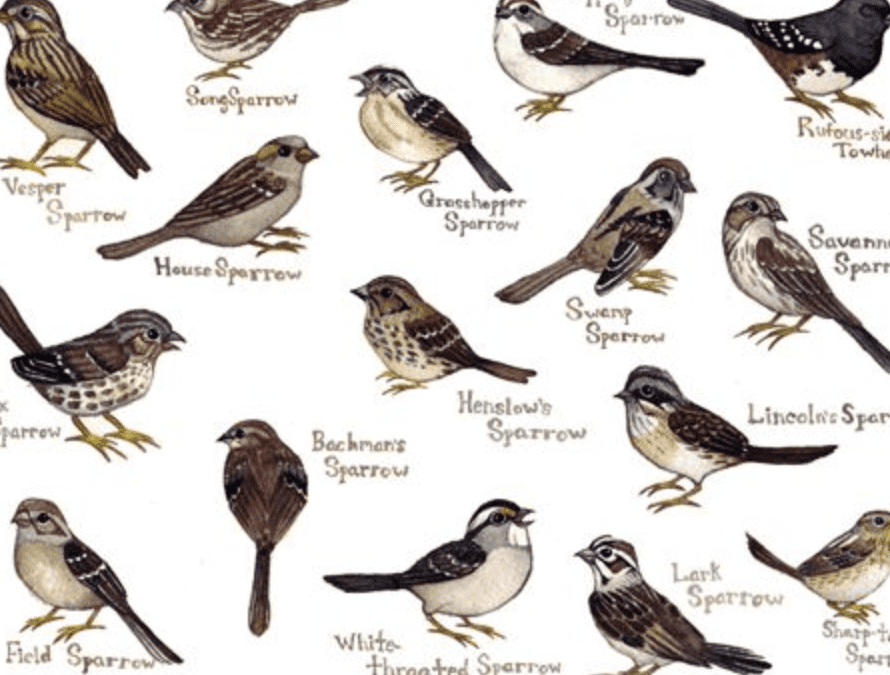 The sparrows cover a wide range of small brown birds which are difficult to identify.

They have a distinctive appearance with white throat markings and yellow lore. There are two adult variations referred to as white-striped and tan-striped forms. The white-striped ones have the black crown with white central stripes while the tan-striped on the other hand has a dark brown crown with tan-central stripe. These species try to pair with partners possessing opposite color morphology for breeding. White-striped birds are more aggressive in nature than the tan-striped ones when they are in their breeding phase. Song sparrows resemble tan-striped White-throated sparrows, but they are heavily streaked below without any yellow markings on the face. These creatures are famous for singing their pleasant chirp notes frequently, even during the winter season. They are found near the grounds mostly in woods, forest, and bushy areas. 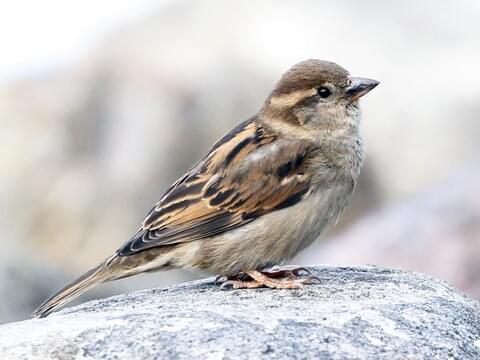 House Sparrow belongs to the family of sparrows. The species is almost found in every habitat and climates, the sociable house sparrows are found in close association to humans. Italian sparrow is closely related to housing sparrows and Spanish sparrows as it is also found in the Mediterranean regions. The common sparrow in East Asia does belong to House Sparrow, but its cousin called the tree sparrow. Native sparrows of North America are not considered to be the House Sparrows. They have long, rounded tail which they push up and down during their fly. These species avoids being in deserts or forests and is found in almost all parts of the world. Female house sparrows are pale brown and grayish in color while males have bright brown, black and white markings. It prefers to eat seeds of grain, wheat and may feed on insects. Its predators include cats, owls, hawks and other mammals. It is maltreated as an agricultural pest, kept as a pet, used as a food item and indicates a symbol of lust, sexual potency, commonness, and vulgarity. They feed on millets, acorns and sunflower seeds along with small insects. They build their nests with coarse dried vegetation and then use the finer material like feathers, strings or paper for linings. 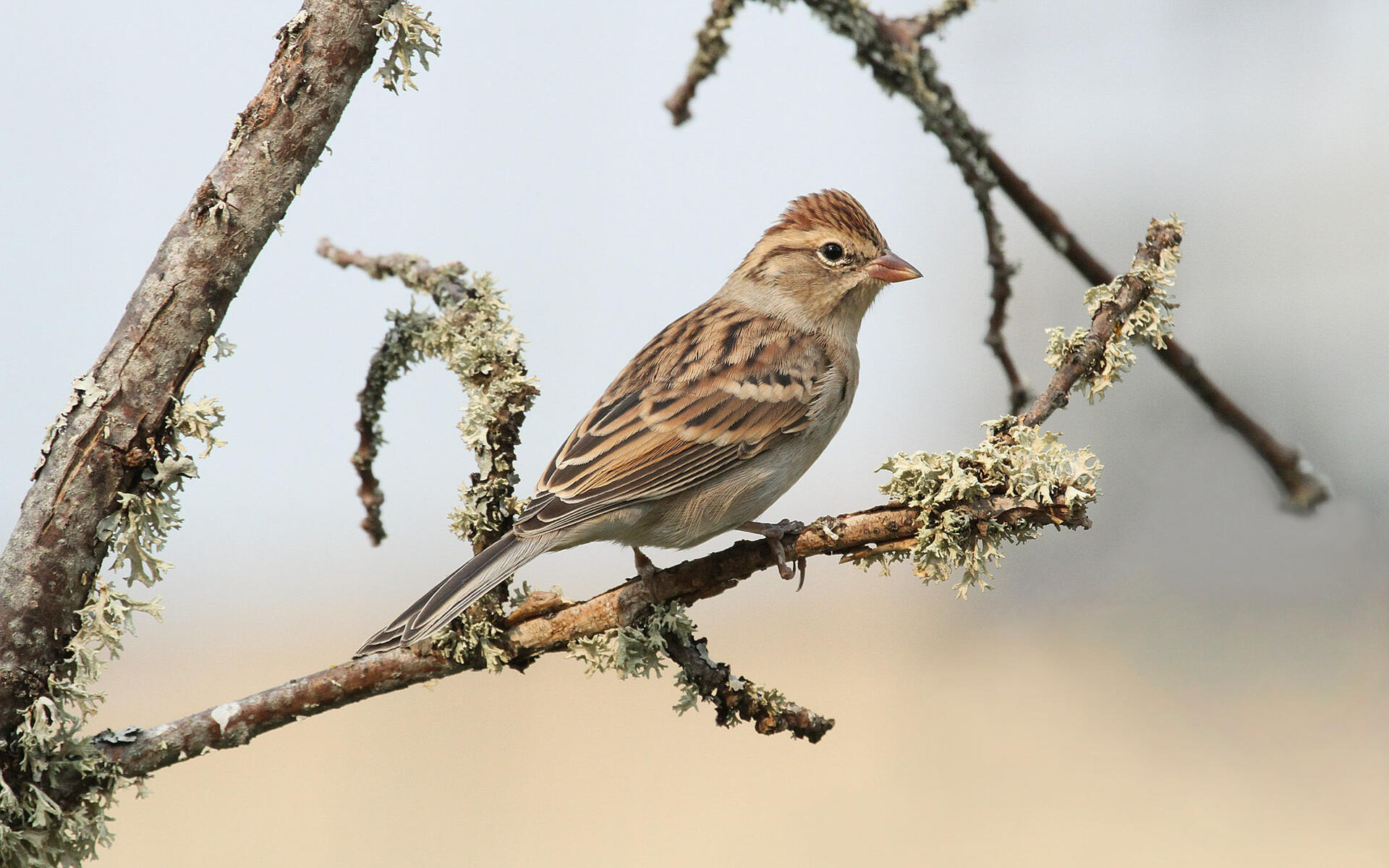 It is a fairly tame species with it’s widespread mostly found in North America. They are very pretty species with a splash of colors. Summer chipping sparrows are black with a bright rust crown while winter chipping sparrows are brown with dark upperparts. There is two subspecies Eastern and Western chipping sparrow. It is partial migrant flying towards South during winters and again towards North during spring. They sing loud, trilling songs most commonly in spring. Chipping sparrows may appear similar to American or Field sparrows, but you can identify them with a gray rump as it flies. They build their nest in a shrub or a tree, their nests, are flimsily constructed that light can easily pass through them. They feed on seeds of almost all varieties and protein-rich insects. Source