Long-extinct passenger pigeon finds a place in the family tree 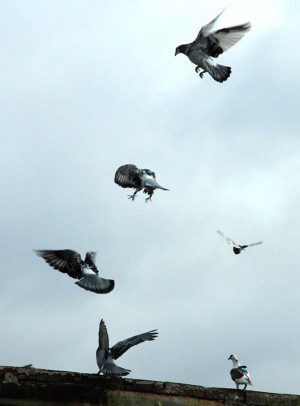 With bits of DNA extracted from century-old museum specimens, researchers have found a place for the extinct passenger pigeon in the family tree of pigeons and doves, identifying for the first time this unique bird’s closest living avian relatives.

The new analysis, which appears this month in Molecular Phylogenetics and Evolution, reveals that the passenger pigeon was most closely related to other North and South American pigeons, and not to the mourning dove, as was once suspected.

Naturalists have long lamented that one of North America’s most spectacular birds was also one of the first to be driven to extinction. In the early 1800s it was the most abundant bird species on the planet, even though its range was limited to the eastern and central forests of the United States and parts of eastern Canada. Flocks of passenger pigeons were so vast they darkened the sky; it could take days for a flock to pass overhead. 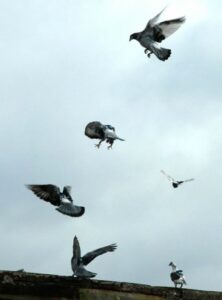 “It must have been unbelievable to see one of these flocks,” said Kevin Johnson, an ornithologist with the Illinois Natural History Survey at the University of Illinois and lead author of the study. “There is nothing in modern times that we can compare it to. The passenger pigeon was very nomadic and it formed these huge flocks, in the millions, and breeding colonies in the millions.”

Passenger pigeons followed their food, settling down in forests that periodically produced a superabundance of acorns and chestnuts. The pigeons nested in dense colonies covering hundreds of acres. This made them easy targets for human predators.

Intensive hunting of the pigeons in the mid-to-late 19th century disrupted their ability to breed, Johnson said. That and habitat destruction led to the bird’s eventual extinction. (The last of her kind, a passenger pigeon named Martha, died in the Cincinnati Zoo in 1914.)

The researchers first analyzed the available sequence data for all (extant and extinct) pigeons and doves together. Then they focused only on the living species, for which much more genetic information is available. They built a family tree of all living pigeons and doves, and then compared the available gene sequences of the passenger pigeon to those of its relatives to find its place in that tree. Both approaches placed the passenger pigeon on the same place in the tree.

Prior to this study, some believed that the passenger pigeon was most closely related to the mourning dove, a smaller species that also has a relatively long tail, Johnson said.

“But it turns out, based on the DNA, that it’s actually related to the New World big pigeons in a totally different genus,” he said.

The band-tailed pigeon, Patagioenas fasciata, which lives in the western mountainous regions of North and South America, was the passenger pigeon’s geographically nearest relative. Other members of this genus are found in forests in parts of Mexico, Central and South America and the Caribbean.

The passenger pigeon was fairly distinct from its relatives, however, as it belonged to a separate genus, Ectopistes, Johnson said.

“The passenger pigeon is in a monotypic genus, which means there is only one species in that genus: Ectopistes migratorius,” he said. “This bird is pretty diverged from its nearest relatives, meaning it had a unique place in the world. It represented a unique lineage that’s now gone.”