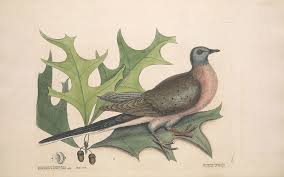 Where Are They Found?

The history of these pigeons were originally found wild in Europe, North Africa, and Western Asia, pigeons have become established in cities around the world. The species is abundant, with an estimated population of 17 to 28 million feral and wild birds in Europe alone and up to 120 million worldwide. These birds were introduced into North America in the early 1600’s. Window ledges and tall buildings mimic the rocky cliffs originally inhabited by their ancient ancestors in Europe. The pigeon has a long history of association with humans, having been used for food and entertainment for over 5,000 years. Source

How Many Species Are There?

Pigeons live worldwide except in the coldest regions and the most remote islands. About 250 species are known; two-thirds of them occur in tropical Southeast Asia, Australia, and the islands of the western Pacific, but the family also has many members in Africa and South America and a few in temperate Eurasia and North America. All members of the family suck liquids, rather than sip and swallow as do other birds, and all pigeon parents feed their young “pigeon’s milk,” the sloughed-off lining of the crop, the production of which is stimulated by the hormone prolactin. The nestling obtains this “milk” by poking its bill down the parent’s throat.

Pigeons are gentle, plump, small-billed birds with a skin saddle (cere) between the bill and forehead. All pigeons strut about with a characteristic bobbing of the head. Because of their long wings and powerful flight muscles, they are strong, swift fliers. Pigeons are monogamous; i.e., they mate for life, and the survivor accepts a new mate only slowly. The female lays two glossy white eggs in a flimsy nest that barely holds them. The female generally incubates the eggs by night, the male by day. The incubation period is 14 to 19 days, but the young are cared for in the nest for another 12 to 18 days. Source