Cher Ami: The Pigeon that Saved the Lost Battalion 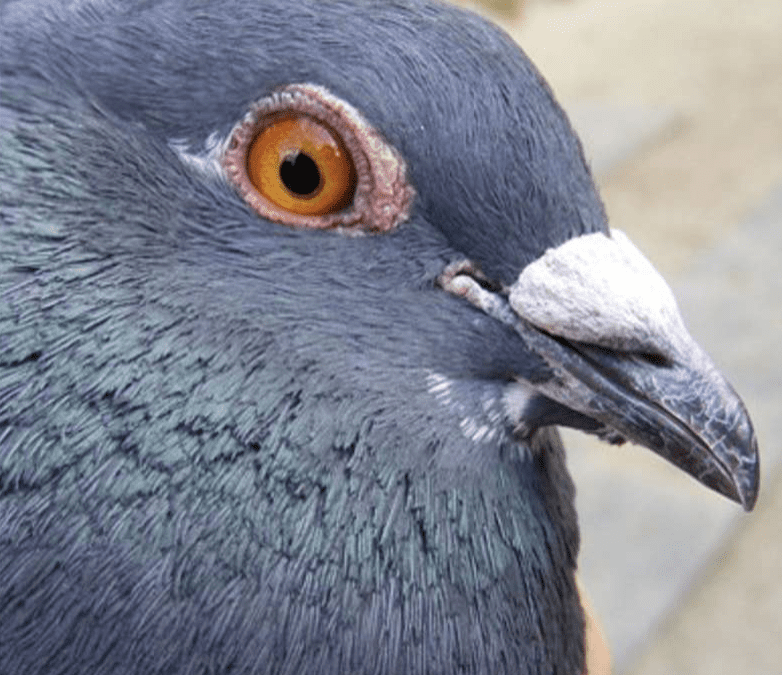 Many of us have heard of the Lost Battalion, and know some of the story. What is not commonly known is the role of a remarkable pigeon, named Cher Ami. That little bird became one of the greatest heroes of World War I.
Cher Ami at the Smithsonian Institution. (Photo by Armed Forces History, Division of History of Technology, National Museum of American History)
Cher Ami was one of almost 600 carrier pigeons employed by the US Army Signal Corps during the First World War. Carrier pigeons were invaluable , in spite of the advances in communications technology during the war. Radios were not as reliable since they were large and still bound by delicate wires. It also was not always possible to lay new wires quickly, and often could be extremely dangerous. While not necessarily a popular form of communication, pigeons did prove a reliable one. The average homing pigeon can fly approximately fifty miles per hour, making them a quick method of communication. Still, these pigeons often proved popular targets to enemy gunfire despite their speed. In fact, German machine gunners trained diligently to both spot and kill these birds with their deadly MG 08s, which could fire over 500 rounds per minute. Pigeons could also be a very risky way to communicate, because if a pigeon was shot down, the message could easily be intercepted by enemy forces.
The US Army Signal Corps used some 600 pigeons in WW1.
It was during the Meuse-Argonne Offensive of 1918 where the carrier pigeon was finally recognized for its valiant efforts. On October 2nd, 1918, American soldiers from the 77th Division pushed too far into the Argonne Forest and became trapped behind German lines on the slopes of a hill. Cut off from reinforcements and supplies, roughly 550 men from the 306th, 307th, and 308th regiments under Major Charles Whittlesey held their ground against a far larger German force for several days. Far beyond radio range, the only way the Americans could communicate with their own lines was via carrier pigeon. However, it did not take long to realize that the skies were as dangerous as the ground. Trapped in a horrible meatgrinder of machine guns and rain, the Lost Battalion held their ground against vicious German attacks.

On October 4th, American heavy artillery started to bombard the Lost Battalion’s position on accident, killing thirty men as they held the line. Major Whittlesey and his men watched as bird after bird fell out of a sky torn apart by German fire. With supplies running out and casualties mounting rapidly, Major Whittlesey desperately sent out his last pigeon, Cher Ami, to the American lines with a note that simply read, “We are along the road parallel to 276.4. Our own artillery is dropping a barrage directly on us. For heaven’s sake, stop it.” With fire raining down on them from all sides, Cher Ami was now the last chance for the Lost Battalion to walk off that hill alive.
Capt John Carney, Cher Ami’s trainer, holds the feathered hero.
The brave bird flew straight into the German fire, dodging bullets as he went. However, his luck did not last for long. Cher Ami was hit in the chest soon after takeoff, as American soldiers watched in horror as their last hope hit the ground. Against all odds though, Cher Ami got up again! Wounded but still alive, the little bird took flight again, charging head-on into wave after wave of gunfire. By the end of the trip, he covered 25 miles in roughly half an hour. He arrived at base heavily wounded, but alive.
The Croix de Guerre with Palm military decoration of France, awarded to Cher Ami.
Army medics were able to save Cher Ami’s life, but his right leg was barely attached to his body and he was blind in one eye. However, because of Cher Ami’s delivery, the artillery stopped and took up new firing coordinates away from American lines. The next day, shells started to fall on German positions, relieving pressure on the bloodied 77th and the battle turned in America’s favor. On October 8th, one hundred and ninety-four men made it back to the American lines thanks to Cher Ami’s sacrifice.
For his part in saving the 77th Division, Cher Ami was awarded the Croix de Guerre, one of France’s highest military honors for his gallantry in the field. General John Pershing, commander of the American Expeditionary Force, said “There isn’t anything the United States can do too much for this bird.”
Cher Ami made it back to the United States in the care of its trainer, Capt John Carney.  On June 13th, 1919, Cher Ami died at Fort Monmouth, New Jersey. However, Cher Ami’s body was preserved and presented to the American Government with honor. It is difficult to say how many families owe their existence to the sheer courage and self-sacrifice of one brave bird. Today, Cher Ami is on display at the Smithsonian Museum of American History to preserve his memory. Since then, his story has lived on in the hearts and minds of Americans across the decades, and his bravery will never be forgotten.
Source