Birds That Are Considered As Pests

Looking for more information about which birds are considered pests? Read on to learn more!

The Birds That Are Pests

There are six types of birds found in Canada can be classified as nuisance pests, which are the house sparrows, starlings, pigeons, woodpeckers, gulls, and Canada geese

The house sparrow is a bird of the sparrow family Passeridae, found in most parts of the world. It is a small bird that has a typical length of 16 cm and a mass of 24–39.5 g. Females and young birds are coloured pale brown and grey, and males have brighter black, white, and brown markings

Starlings are small to medium-sized passerine birds in the family Sturnidae. The name “Sturnidae” comes from the Latin word for starling, sturnus. Many Asian species, particularly the larger ones, are called mynas, and many African species are known as glossy starlings because of their iridescent plumage Next on the list is the Pigeon, Also known as the rock dove. Pigeons are known for causing diseases and damage due to their droppings. The droppings trigger human slips and falls as well as accelerating the aging of structures and statues.. Other pests that live on these birds are fleas, lice, mites, ticks and more. Pigeons vary in color but most of them are bluish gray with 2 black bands on the wing and black tip to the tail. 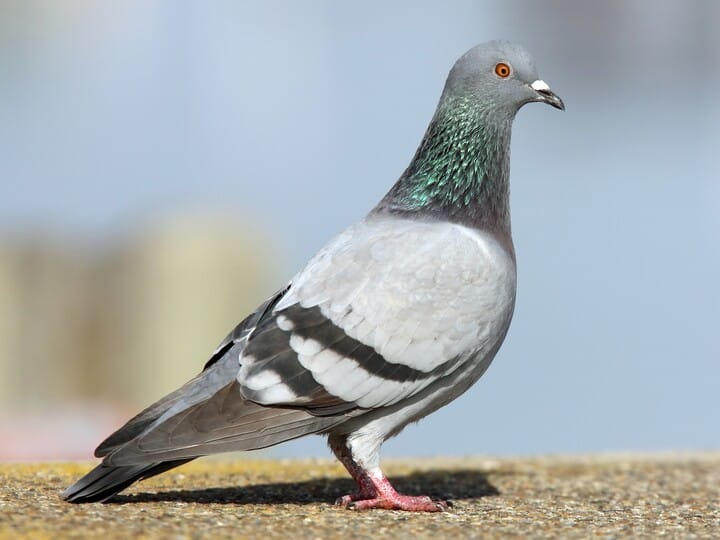 Woodpeckers are part of the family Picidae, that also includes the piculets, wrynecks, and sapsuckers. Members of this family are found worldwide, except for Australia, New Guinea, New Zealand, Madagascar, and the extreme polar regions. A woodpecker will attack for many reasons. The attack can be for food, shelter or to attract a mate. The reasons for attack include finding insects for food, often carpenter bees, or for a nest cavity or roosting site, or for other social reasons.

Gulls, or colloquially seagulls, are seabirds of the family Laridae in the suborder Lari. They are most closely related to the terns and only distantly related to auks, skimmers and even more distantly to waders

The Canada goose is a large wild goose species with a black head and neck, white cheeks, white under its chin, and a brown body. It is native to arctic and temperate regions of North America, and its migration occasionally reaches northern Europe

How to identify Birds

Canadian bird pests vary in length, overall size, and colouration. The smallest pest bird species, house sparrows are approximately 14 to 18 cm long with a wingspan of 19 to 25 cm. At the other end of the spectrum, Canada geese boast a wingspan as long as 182 cm and range from 90 to 120 cm in length. Some of the most common bird colourations include shades of grey, white, black, and brown. Pigeons, which rank as arguably the most colourful bird pest, may appear with streaks of light blue, green, lilac, peach, and various other shades.

Signs of an infestation

Birds are not exactly stealthy creatures, and infestations usually become evident with the increased presence of adult birds, the frequent occurrence of chirping and other noises, the sighting of nests, and an increased quantity of droppings in the area.

Modifying the surrounding environment can aid property owners in ridding buildings of nuisance birds. Netting or spike strips can be strategically positioned to deter or prevent birds from landing and nesting. Noise devices, such as generators that mimic the sounds that natural predators make, work best in agricultural settings, while visual scare tactics are effective in the short term or when paired with other prevention and exclusion techniques. For particularly aggressive birds and those protected by the Migratory Bird Treaty Act, call a fully licensed pest control professional to take care of the problem legally and effectively.

How to prevent Birds from invading

Many of the pest birds in Canada are migratory species which fly south when the temperatures approach the freezing point. Many pest birds have a widely distributed population and benefit greatly from the development of cities and the distribution of human populations. Some species construct nests and raise their young in elevated areas, while others nest on the ground. Birds generally prefer to live in the immediate vicinity of a water source but have no trouble flying reasonable distances to collect food. Most species adapt well to various surroundings.

Without exception, birds mate and rear their young in the spring and summer months. On average, pest birds produce one or two broods each year. House sparrows, however, can produce as many as five generations annually. Most birds require an incubation period of two weeks, though the eggs of both Canada geese and gulls require nearly a month of incubation. Newly hatched birds then leave the nest after an average of two to four weeks of preening. Depending on a variety of factors, nuisance birds typically live between 2 and 10 years.

How worried should I be about birds?

Pest birds can carry parasites like fleas, mites, and ticks, and transmit diseases to humans and livestock. Pigeon excrement often contains the fungal diseases histoplasmosis and cryptococcosis, which are especially dangerous to people with compromised immune systems.

Many bird species are noisy and can damage buildings and equipment. Not only are pest bird droppings unsightly, they can stick to buildings, potentially eroding the structure.

Pest birds can also create drainage issues and fire hazards by nesting in the small crevices, drains, and gutters of buildings. Many bird species are also aggressive towards humans or native bird populations.

However, dealing with pest birds can be difficult, due to the Migratory Bird Treaty Act, which protects certain species from trapping and relocation practices. Any attempt to remove a pest bird must also comply with the Fish & Wildlife Act.

While netting, spike strips, noise devices, and visual scare tactics may be valid options, often only a professional, licensed pest control service can meet the regulatory standards required when it comes to removing and keeping away pest birds.