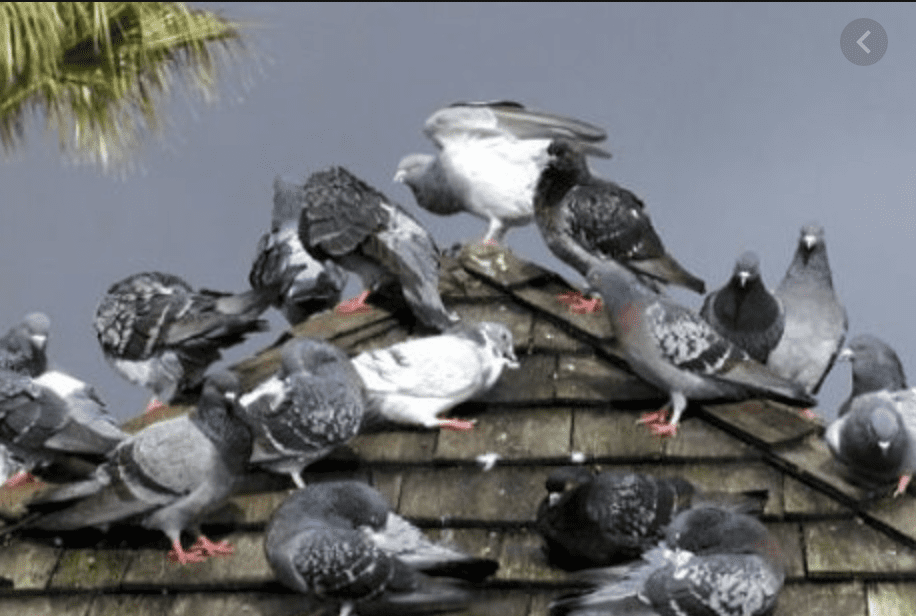 Avians aren’t the source of COVID-19, but some do harbor pathogens that can infect humans. Here’s what you need to know and how to stay safe.

COVID-19, the viral disease gripping the globe, is not bird-related. Researchers believe it likely came from bats. Still, this pandemic understandably provokes fear about wildlife diseases and so provides an opportunity to clear up confusion surrounding the question, “can birds get you sick?”

Karel Schat, professor emeritus of avian virology at Cornell University, says that birds generally pose a “very limited threat to humans,” at least not directly. If you want to admire the birds from afar in your backyard or your local park, you don’t have to worry about contagion. But if you are in contact with a bird with its excretions such as feces or saliva (that includes filling bird feeders), he advises observing common hygiene practices, including not touching your face and washing your hands right after. That’s because birds can carry some viral, bacterial, or fungal pathogens that cause human illness—think Salmonella or West Nile Virus. And if you see a dead bird, stay away from it and don’t touch it, he says (though you may consider reporting it to your state or local wildlife agency, which can come to remove it and may be tracking dead animal clusters).

Wild birds do also pass diseases to farm animals and vice versa, and that can pose the more indirect threat to human health. One of the most well-known examples of this is with avian influenza. A recent outbreak of a bird flu on a quail farm in the Philippines, for example, resulted in the culling of 17,000 quail to stop the spread.

Bird flu strains live in a bird’s gut and become exposed in fecal matter. Birds being birds, they may peck at their droppings and become infected that way. In more confined settings, like on an industrial farm or in a dense colony, airborne fecal particles can find their way into a bird’s eyes or respiratory tract, offering another avenue for infection. That is how bird flu spreads among birds.

Few strains of bird flu can cause serious harm to humans, and none are currently active in the United States, says Schat. “Fortunately, the transmission of those avian influenza virus strains from human to human has been fairly limited,” Schat says. “But it is a continuous problem that is in the chickens, it is in the ducks, and maybe in some wild birds, and it can always get to humans.”

Birds being birds, they may peck at their droppings and become infected that way.

The particularly deadly avian flu H5N1 strain, however, has occurred intermittently across Asia since 2004. It has led to 455 human deaths from about 861 recorded cases, mostly across the Middle East and East Asia, according to the World Health Organization (there have been no cases in the United States). These sporadic cases are largely in people who have close contact with infected live or dead birds, often before home slaughter— and spread from person-to-person is unusual, the health agency says. Still, health officials closely monitor for outbreaks and mutations of H5N1.

In general, it is contact with other animals, including humans, that gives any wildlife viruses— including coronaviruses and avian influenza— the best chance to mutate and shift into new strains. These types of interactions, however, mostly occur in settings that include many different species of animals in close proximity, like a live animal market. Habitat loss may also increase the amount of interaction between wild animals, farm animals, and humans. Even with these ample opportunities to interact with other species and mutate, avian influenza viruses seldom change into anything that poses significant risk for humans, says Schat. Still, given that deadly influenza outbreaks have occurred, the risk is always there, though it is lessened when birds are not kept with other species.

Birds, of course, do carry other diseases they spread amongst themselves (this is why it’s important to keep your bird feeders clean). For example, Newcastle disease, a virus common in chickens but also found in more than 200 bird species, is a well-known scourge that inflicts flu-like symptoms along with severe eye irritation in birds. Though it is mostly found in poultry, Newcastle was hampering Toronto’s Cormorant population as recently as 2018. While Newcastle is a nasty bug for birds, it does not pose a significant threat to humans. Birds also carry coronaviruses, but not the one that causes COVID-19. For example, the coronavirus that causes avian infectious bronchitis is a well-known scourge in the poultry industry, and many chickens are vaccinated against it, according to Schat.

Beyond influenza, the biggest virological threat birds can pose to humans is from the West Nile Virus, which has been in the United States since 1999. It is likely that an infected mosquito, surviving a flight from somewhere in the Middle East, brought the disease to the U.S., says Schat. Over time, this mosquito must have infected at least one bird by feeding on it, thereby making it a carrier for more mosquitoes to feed on and become infected as well. As the virus moved from this “mosquito zero” to birds, and to other mosquitoes feeding on those birds, particularly crows and jays, it eventually spread to humans. In 1999, hundreds of birds and seven people around the New York-New Jersey area died from the virus, but it continues to kill today. In the past year, per the CDC, 51 people died of West Nile in the United States.

So, while close contact with bird poop may not be a part of the everyday experience of most people, mosquitoes are a constant threat during the summer in many parts of the world, and they can serve as a conduit between birds and humans. 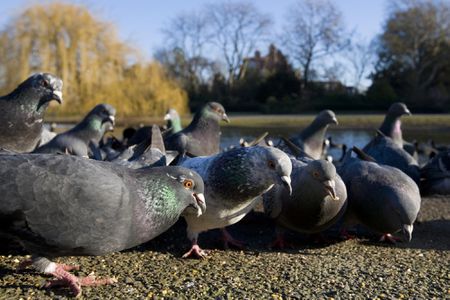 Overall, the lesson is: Whether you handle wild birds, or you admire them for afar, getting infected by one is something you probably don’t have to worry about, just as long as you maintain the same hygienic habits you’re probably already sticking to in this time of COVID-19. In other words, wash your hands and don’t touch your face. And please, unless you’re a scientist or trained worker with a purpose, leave the bird poop or any dead birds alone.