5 Cool Facts About The Pigeon 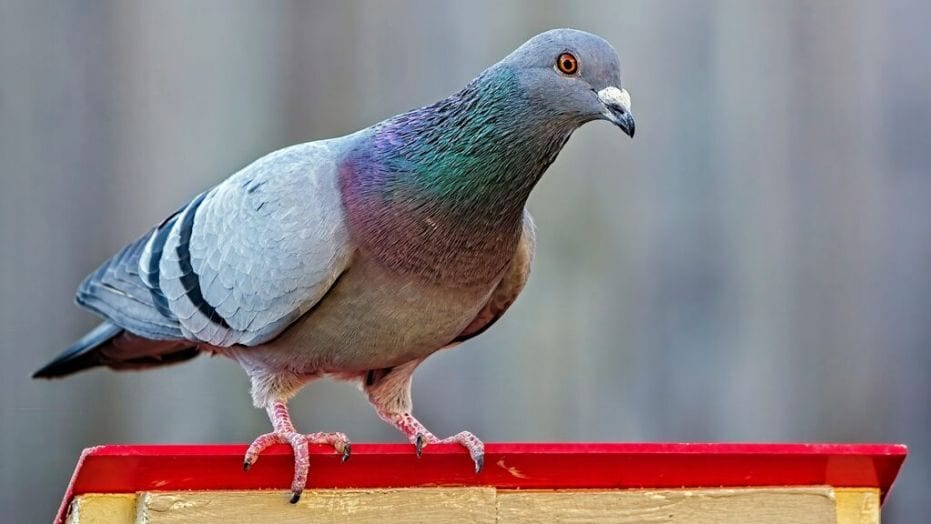 Facts About The Pigeon

If you live on earth, chances are you’ve seen a pigeon before, if not on the daily. But do you really know anything about the pigeon other than the fact that they leave their droppings everywhere? (Which could be really annoying. Check out our products here https://www.pigeonpatrol.ca/) Here are 5 cool facts about pigeons you may have not known!

1) AT ONE POINT, MORE THAN ONE-QUARTER OF ALL THE BIRDS LIVING IN THE U.S. MAY HAVE BEEN PASSENGER PIGEONS

The passenger pigeon or wild pigeon is an extinct species of pigeon that was endemic to North America. Its common name is derived from the French word passager, meaning “passing by”, due to the migratory habits of the species. The scientific name also refers to its migratory characteristics

Wild/feral rock pigeons reside in all 50 states, which makes it easy to forget that they’re invasive birds. Originally native to Eurasia and northern Africa, the species was (most likely) introduced to North America by French settlers in 1606. At the time, a different kind of columbiform—this one indigenous—was already thriving there: the passenger pigeon (Ectopistes migratorius). As many as 5 billion of them were living in America when England, Spain, and France first started colonizing, and they may have once represented anywhere from 25 to 40 percent of the total U.S. bird population. But by the early 20th century, they had become a rare sight, thanks to overhunting, habitat loss, and a possible genetic diversity issue. The last known passenger pigeon—a captive female named Marth who died on September 1, 1914. 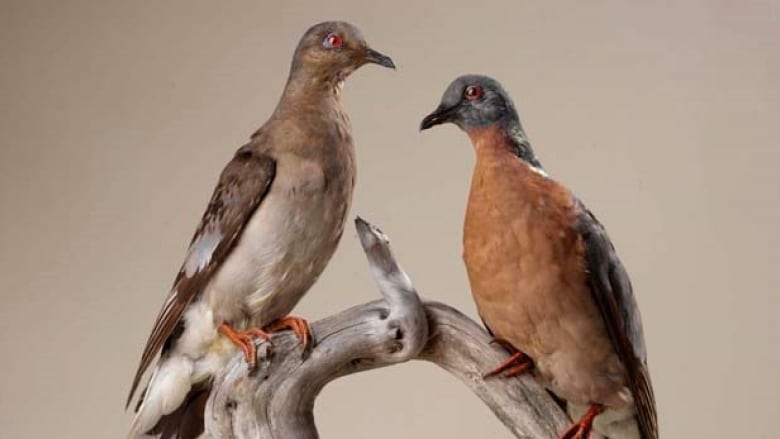 Another cool fact about pigeons is they have extraordinary navigational abilities. Take a pigeon from its loft and let it go somewhere it has never been before and it will, after circling in the sky for while, head home. This remarkable capacity extends to places tens even hundreds of kilometers from its home and is all the more remarkable to humans because we are apparently incapable of it ourselves.

But we have long made use of the pigeon’s homing ability, principally for carrying messages in the past. And for several decades now the pigeon has played center stage in scientists’ attempts to understand the map and compass mechanisms fundamental to bird navigation.

We’ve now learn that pigeons repeatedly released from the same site soon learn a habitual route home which they stick to faithfully even if it is not the quickest. Different individuals learn, and stick to, different routes. Routes often follow linear landscape features, such as roads or field margins, but are learnt most effectively over landscapes of intermediate complexity. This means that urban landscapes may in fact be too complex for optimum route learning.

Pair birds with different ideas about how to get home from the same place and the result is an elegant exposé of each bird’s propensity to lead out or follow others. Birds that are more faithful to their own route when homing alone are more likely to emerge as leaders when homing socially.

So if the pigeon’s brain contains a network of learnt routes, how are these memories acquired and how do they interact? Recently, my colleagues Andrea Flack and Dora Biro showed that having to learn three routes in parallel doesn’t cause pigeons any additional confusion. Route-learning is memorized independently, regardless of whether the sites they are released from are encountered sequentially, randomly intermingled or in strict rotation.

Treating the art of pigeon homing as a natural learning laboratory is a new science into which we are just taking the first steps, and it seems that we have yet to find the boundaries of the bird’s abilities. Clearly, we still have much to learn from the pigeon.

On to the next pigeon facts

3) PIGEONS WERE USED AS MESSENGERS

Pigeons were effective as messengers due to their natural homing abilities. The pigeons were transported to a destination in cages, where they would be attached with messages, then the pigeon would naturally fly back to its home where the recipient could read the message.

The earliest large-scale communication network using pigeons as messengers was established in Syria and Persia around the 5th century BC. Much later, in the 12th century AD, the city of Baghdad and all the main towns and cities in Syria and Egypt were linked by messages carried by pigeons. This was the sole source of communication. In Roman times the pigeon was used to carry results of sporting events, such as the Olympic Games, and this is why white doves are released at the start of the Olympic Games today. In England, prior to the days of telegraphs, pigeons were often taken to football matches and released to carry home the result of the game. Their use as a messenger in wartime resulted in many pigeons being awarded honors by both the British and French Governments. Incredibly, the last ‘pigeon post’ service was abandoned in India in 2004 with the birds being retired to live out the rest of their days in peace. 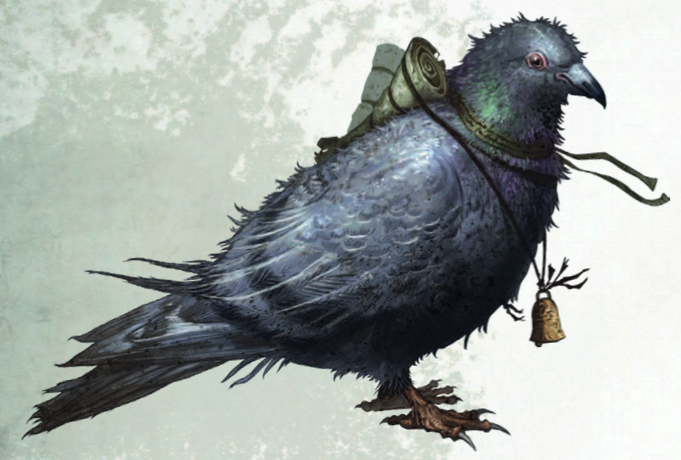 4) THEY SAVED THOUSANDS OF HUMAN LIVES DURING WORLD WARS I AND II.

Pigeons’ homing talents continued to shape history during the 20th century. In both World Wars, rival nations had huge flocks of pigeon messengers. (America alone had 200,000 at its disposal in WWII.) By delivering critical updates, the avians saved thousands of human lives. One racing bird named Cher Ami completed a mission that led to the rescue of 194 stranded U.S. soldiers on October 4, 1918. 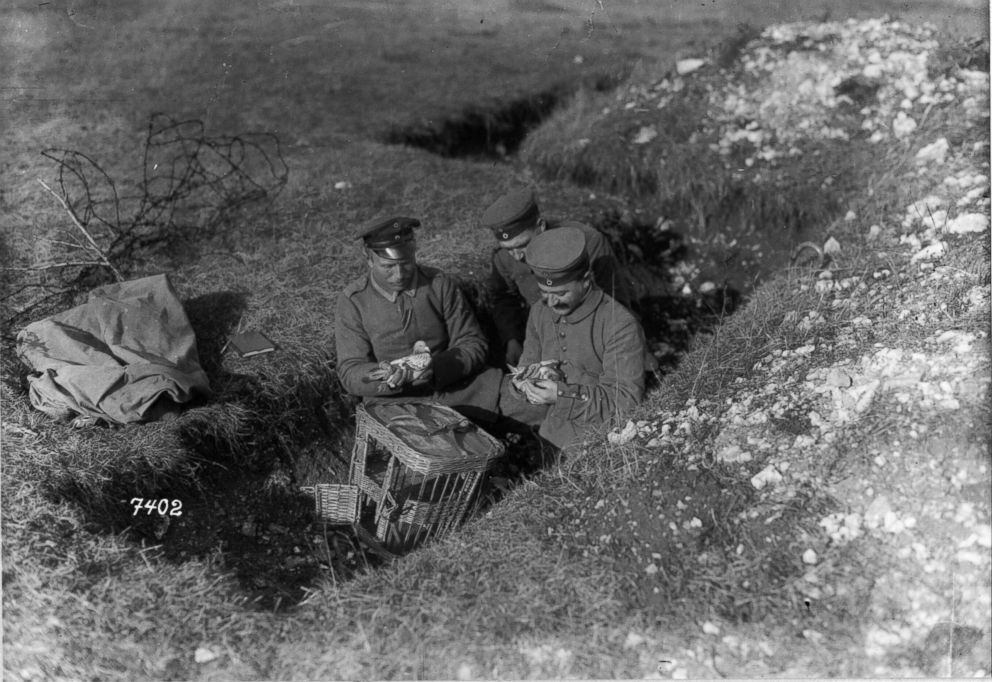 The common city pigeon (Columba livia), also known as the rock pigeon, might be the first bird humankind ever domesticated. You can see them in art dating back as far as 4500 BCE in modern Iraq, and they’ve been a valuable source of food for thousands of years. The rock pigeon is the world’s oldest domesticated bird. Mesopotamian cuneiform tablets mention the domestication of pigeons more than 5,000 years ago, as do Egyptian hieroglyphics. Research suggests that domestication of pigeons occurred as early as 10,000 years ago.

And there you have it! 5 Cool facts about pigeons! Which one was new to you?