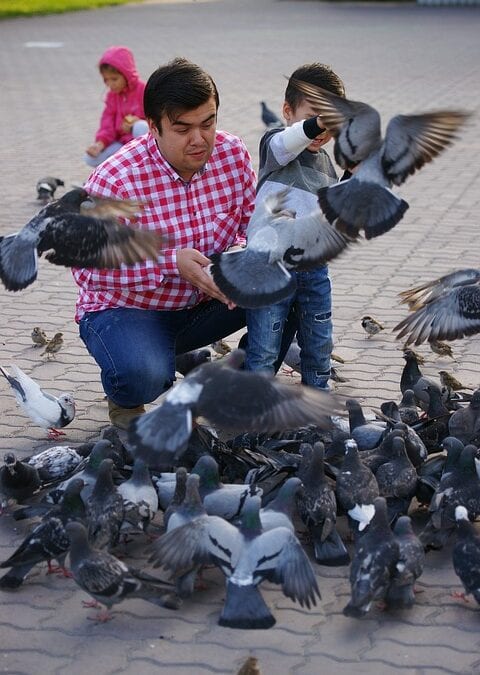 South Africa ranks as one of the top birding destinations in the world, offering an unbeatable combination of variety of birds, well developed transport systems, and a user-friendly and supportive birding tourism industry.

Birders from around the world come to experience both the great variety of typically African birds, migrants, and endemics – those birds found only in South Africa. These birders enjoy excellent birding, whether they are with an organised commercial birding tour or are touring independently.

Of the 850 or so species that have been recorded in South Africa, about 725, or 85%, are resident or annual visitors, and about 50 of these are endemic or near- endemic to South Africa, and can only be seen in the country.

Apart from the resident birds, South Africa hosts a number of African migrants such as cuckoos and kingfishers, as well as birds from the Arctic, Europe, Central Asia, China and Antarctica during the year.

The southern winter tends to be dry over much of the country, but wet in the extreme southwest around Cape Town. At this time, excellent birding can be had in the bushveld and lowveld areas of the northeast, complemented by outstanding game viewing, while huge numbers of seabirds that breed on sub-Antarctic islands move north.

Pelagic trips, especially those run out of Cape Town, offer the chance to see large numbers of albatrosses, shearwaters, petrels and storm-petrels.

With the progression of spring into summer, the non-breeding migrants start to arrive from distant climes, mainly from Europe. Are these South African birds that have gone overseas to breed, or overseas birds that come to South Africa for the northern winter?

At this time of the year birding reaches its peak, with widespread breeding activity and most of the migrant species around. It is no co-incidence that BirdLife South Africa organises its Birding Big Day, when teams around the country compete to see the most birds in a day, during November.

The summer highs continue into the New Year, until migrants start to leave during April and winter is not far away.

The endemics, those birds found only in South Africa, are obviously one of the major attractions for birders visiting the country. Many of these endemic species are found in the grasslands, mountains, arid interior and southwestern regions.

The following areas offer exceptional birding experiences, but really great birding can be had in many other parts of the country at any time of year.

Wakkerstroom: The central grasslands are a key area for birders, holding a number of special grassland and wetland species, and one of the most visited towns is Wakkerstroom, close to where Mpumalanga, the Free State and KwaZulu-Natal meet. It is an area of high grassland, marshes, hills and mountain forest patches.

Wakkerstroom is visited by most of the birding tours that come to South Africa and as a result has well-developed facilities, including resident guides.

The special birds of this area are Rudd’s and Botha’s larks, yellow-breasted and African rock pipits, the bush blackcap, blue and white-bellied korhaans, Stanley’s bustard, the blue, grey-crowned and wattled cranes, the southern bald ibis, and the white-winged flufftail.

Cape Town: The Western Cape is another much-visited region with great birding, great wines, great scenery, great whales and great white sharks! Apart from the pelagic trips, which are good all year but best in winter, the province holds a large number of endemics and the best wader watching in the country.

The endemics include fynbos specials such as the orange-breasted sunbird, the Cape sugarbird, the Cape siskin, the protea seedeater and the hottentot buttonquail. The Cape rockjumper is found on the craggy mountainsides, Knysna and Victoria’s warblers in the damper valleys, and a variety of larks in the dry interior.

The West Coast National Park, which includes the Langebaan Lagoon, attracts huge numbers of waders from their Arctic breeding grounds during the southern summer, and is particularly important for the curlew sandpiper.

The Langebaan Lagoon is surrounded by the heath-like strandveld where the black harrier, southern black korhaan, and a variety of smaller birds such as the grey tit, Cape penduline tit and Layard’s titbabbler, are found.

Close to Cape Town, the Cape of Good Hope National Park offers excellent birding for species such as the hottentot buttonquail and a variety of seabirds, while the nearby Boulders Beach National Park at Simonstown has an accessible and thriving African penguin colony.

Zululand: The north-eastern part of KwaZulu-Natal is one of the most species-rich areas of South Africa, with a tropical feel and spectacular birds to match. The rich mosaic of forests, marshes, freshwater lagoons, flooded grasslands, tidal estuaries and acacia woodland supports a fantastic array of birds.

Specials of the area include the Woodward’s (green) barbet, known only from the Ngoye forest, the palmnut vulture, the African broadbill, Neergaard’s sunbird, Rudd’s apalis, Delegorgue’s pigeon, the Knysna and Livingstone’s turacos, and the southern banded snake eagle.

Birding facilities are exceptionally well developed in this region, as the Zululand Birding Route is centred on Eshowe. The Dlinza Forest in Eshowe has recently opened a forest boardwalk that takes you into the canopy, and from there you can eyeball canopy species such as Delegorgue’s pigeon, the grey cuckooshrike and the crowned Eagle. You can also peer down on the secretive spotted ground thrush.

Lowveld: This area is the low-lying tropical region in the northeast, largely taken up by the Kruger National Park, and bounded in the west by the Drakensberg escarpment. The low-lying bush areas hold large populations of game and birds typical of such African game reserves.

Raptors of many species occur here in good numbers, including the martial eagle, the tawny eagle, the brown snake eagle, the African hawk eagle and, in summer, Walhberg’s eagle, the steppe eagle and the lesser spotted eagle.

Other large and conspicuous species include the saddlebilled stork, the southern ground hornbill, the ostrich and the kori bustard. Along the western edge of the lowveld, the escarpment supports many forest- and cliff-dwelling species, including the taita falcon, the bat hawk and the cape parrot.

Gauteng: Despite being the most heavily developed area in South Africa, Gauteng offers exceptional birding for visitors who have some time to spare. Around 350 different species can be seen within easy reach of Johannesburg and Pretoria, and a wide range of habitats are easily accessible.

Of particular interest are: Marievale, a large wetland in the southeast; Suikerbosrand, a hilly area to the south; the Magaliesberg mountains to the north (actually in North West, but within easy striking distance of both Johannesburg and Pretoria); the Witwatersrand Botanical Gardens to the west; and the Dinokeng bushveld area north-east of Pretoria.

Even within the cities a great variety of birds may be found, and garden lists often exceed 100 species. Common species in the towns include the hadeda ibis, the red-eyed dove, the speckled pigeon, the grey loerie (or “go-away bird”), the bokmakerie, the green woodhoopoe, the black-collared barbet, the olive thrush and the Cape robin.

Many of the hundreds of nature reserves and game reserves throughout South Africa provide excellent opportunities for birders of all descriptions. These facilities include trails, hides, information sheets and checklists, and trained bird guides.

In some areas specific birding facilities have been established, the Zululand Birding Route being a good example. In this case there is a central office that offers advice on itinerary planning and booking, including accommodation and the services of guides.

Local guides and birding experts can be hired in many places. Some companies offer specialist birding tours, lasting from a few hours to a couple of weeks. Pelagic trips to see the seabirds are offered mainly out of Cape Town and Durban.